It’s not often that a new bowling ball absolutely blows me away. After all, I’ve literally seen hundreds of new balls in a career of high-level bowling that is in its fifth decade, albeit as a has-been now..

But the Roto Grip RUBICON UC3 did blow me away from the first shot I rolled with it, as it hooked about two arrows more than any urethane I’ve thrown since the 1990s, when oil volumes allowed that era of urethanes to hook that much.

I’ve seen several other high-level players throw it, including Matt Gasn and Derek Eoff, and like me they hooked the UC3 almost as much as reactive resin.

If you want to see video evidence in the hands of the very best, here is a Beef (Stu Williams) & Barnzy (Chris Barnes) UC3 review.

The UC3 hooks so much, I can’t really compare it to any other urethane balls in the Storm family. The PITCH PURPLE and HOT CELL come the closest but neither are in the same ballpark. Both of those hook early and quite a bit with heavy surface, but not downlane as the UC3 does.

Good non-staffers I know who have thrown both the UC3 and PURPLE HAMMER also reported that it far out-hooks the PURPLE HAMMER.

The question is what that means.

Obviously, from the ball reaction and scores I’ve seen people like Gasn and Eoff throw, the UC3 is a great ball for crushing a wet-dry house shot. They compared it to a stronger control reactive.

You literally can play the UC3 where you play something like the Roto Grip IDOL HELIOS, with just a little more skid in the puddle and not quite as strong motion down lane..

This should also equate to a great ball for controlling a fresh Sport pattern that has a decent volume of oil.

However, the UC3 probably won’t be good on the short Sport pattern we normally think of urethane being suited for, as resin is just too much.

Competing on a fresh Wolf or Cheetah or Ballard still will require a urethane like the FAST PITCH (which I favor) or PITCH BLACK.

The exception would be a player who has a low rev rate or very high speed: both probably don’t get much use out of any urethane, but could with the UC3.

The UC3 may come in handy later after those patterns have transitioned and players traditionally jump left and circle it. The UC3 should provide plenty of power with a tad more control — if there’s enough oil to get it down the lane.

I have not tried my UC3 shiny, nor have I seen anyone else throw it shiny, though that likely would help if getting it down the lane is a struggle.

What says it all for me is that the UC3 is a ball that comes out of my bag during practice as one of my first options — not a ball just for when resin doesn’t work, or for spares. (In fact, the UC3 hooks so much it’s not really a spare ball in the sense of weak urethane or polyester.)

I actually did not order the UC3 or the IDOL HELIOS when they first came out. Cody Schmitt changed my mind when he first shot 900 with the IDOL HELIOS and then 853 a few days later with the UC3 at Anchor Lanes in Elkhart Lake.

The original RUBICON UC solid has more motion than just about any strong solid I’ve thrown and the RUBICON UC2 pearl was a ball I so wanted to love, but it just was too whippy for my slow speed — it produced strings of strikes but my misses too often were designers rather than 9-counts.

All three RUBICONs feature the asymmetrical Rondure core that produces a lot of flare — easily the most for any Storm family urethane. (My standard caution that I throw 14-pound balls and that may lead to different ball motion. For example, the 14-pound Rondure core has a 2.53 RG compared to 2.48 for 16 pounds and 2.49 for 15 pounds.)

The large amount of flare also means carrydown is much less of an issue with the UC3 than most urethanes, from what I have experienced bowling in team events with Gasn and Eoff and using it myself.

I was assured by someone who knows that there is no resin in the UC3, and that the hook comes from the combination of the flare keeping fresh cover hitting the lane as it goes down the lane and the strong new urethane formulation.

The Tour-ethane Pearl does not lane shine nearly as much as most every urethane I’ve thrown this century, which is a real benefit if the reaction is good: A player won’t have to worry about getting one good game out of it and then having to put it away simply because the cover got too glossed and lost reaction.

I can't see any type of player not being able to use the UC3, with straight players perhaps finally having a urethane they can use more often and crankers and 2-handers having a power ball with more control than strong resins.

All this being said, while the UC3 starts early, hooks a lot, and has strong motion for a urethane, it still is a urethane. So if you’re looking for a ball that gets down the lane and makes a very strong turn, you will need a reactive resin like the UC2, IDOL SYNERGY, or NUCLEAR CELL in the Roto Grip family.

Update Feb. 6, 2022: I won the Pro Bowl Doubles tournament in La Crosse with Chris Pounders when I changed to the UC3 and fired a 289 in the title match, as I detailed in this story.

From that story, here is what I wrote about the UC3:

I tried everything from a HELIOS to a Storm NOVA to a 900 Global ZEN to a Storm PHAZE IV to a Roto Grip UFO without great success. The balls that struck more also tended to result in more tough leaves, while the balls that stayed in the pocket left more single pins.

I tried my UC3 on the practice pair and it looked better down lane than the UFO I had used in the cashers round, so I decided to try it in the single practice ball we got on each lane before the title match.

It looked decent in those two shots, so I went with it and it turned out to be perfect, rolling just enough in the puddle to get up flush, while not jumping high off the dry. It even dug out the 10, as can be seen in this video of the title match.

In contrast, my UFO, which is a great ball for puddles, almost left a solid 5-pin during the cashers round and would jump high if I got it to the dry too quickly. That left me with only he choice of trapping it into the puddle and praying for carry.

The UC3 continues to amaze me with its controlled power and ability to handle oil — it is not a urethane you want to use on a 34-foot light oil volume pattern!

I don’t even think of the UC3 as urethane in terms of how much and when I will use it — I just think of it as a strong ball for oil that is very controllable.

Again, I have talked with those who design and make the ball and been assured that it absolutely is urethane, not reactive. It’s just new chemistry in urethane, and it’s got the big-flaring UC core.

If you’re a free agent or a Storm Products family player, you are costing yourself if you don’t have a UC3 in your bag. 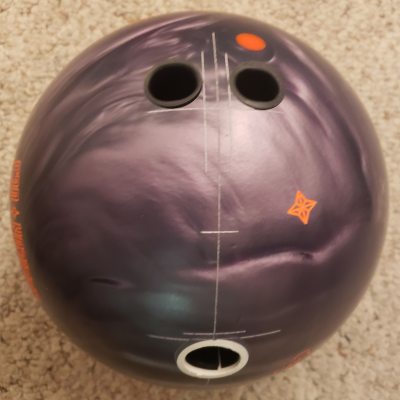 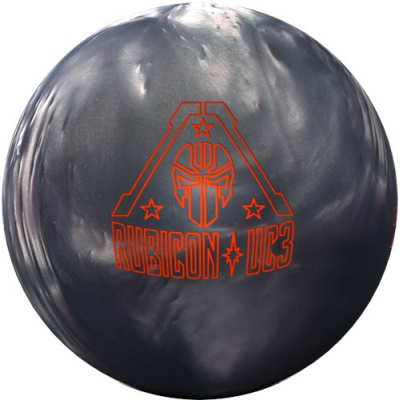 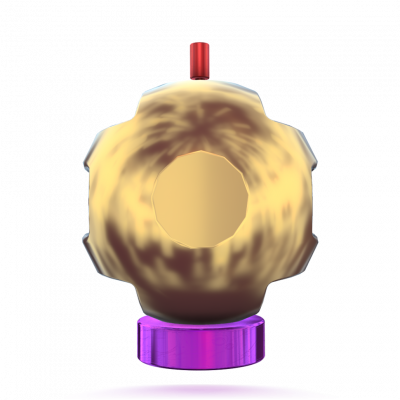