Jeff Richgels has been bowling seriously for four decades and working as a journalist for nearly four decades. One actually led to the other as he started in journalism as a bowling columnist and then sports stringer for The Capital Times in 1980, his freshman year of college at UW-Madison, where he earned a journalism degree in 1985.

Richgels joined the PBA in 1986 and was inducted into the Madison (Wisconsin) Bowling Association Hall of Fame in 2008, the United States Bowling Congress Hall of Fame in 2011, and the Wisconsin Bowling Hall of Fame in 2013. He has won 5 USBC Eagles, 2 Gold Medals bowling for Team USA, 30 PBA Regional titles, and more than 100 state and local tournaments.

"I was offered an exclusive Ebonite contract in late 1995 but turned down that offer because I was uncomfortable limiting myself to one brand at that time," Richgels says. "Storm offered me a non-exclusive deal just after that and I signed on. As Storm expanded its line of balls, the contract became exclusive in 1998 and I have thrown nothing but Storm and Roto Grip since. I've won four of my five USBC Eagles and 14 of my 30 PBA titles since signing with Storm and I hope to be a Storm staffer for life. I believe the best way to judge the value of bowling balls is what choices PBA Tour free agents make, since they are bowling for a living and can throw whatever they want. Storm and Roto-Grip have dominated the PBA Tour free agent market in recent years."

Richgels used Turbo grips for years before becoming a staff member and his teams bowled under the Turbo banner until they became 11thFrame.com in 2013.

Richgels covered sports, general news, police and courts, county government, and business and technology for The Capital Times, later became an online editor for Lee Enterprises, syndicating content to the chain's 40-plus newspapers, and Capital Newspapers, which includes the websites of the Wisconsin State Journal and The Capital Times at Madison.com. In August 2019, he became an online reporter and producer for the State Journal, while retaining some of his syndicating duties with Lee. He has won numerous awards for both his bowling writing and news writing.

He wrote bowling columns for The Capital Times until 1987 when he went on the PBA Tour, wrote occasional bowling stories for the paper while working full-time as a news reporter, and also was a columnist for the Ten Pin Journal of Milwaukee for many years before 11thFrame.com began consuming his time.

Richgels started The 11th Frame bowling blog at Madison.com as a mostly volunteer effort in his free time in 2008, and in 2012 moved it to its own website with ties to Mike Flanagan's popular InsideBowling.com. Insidebowling.com is powered by Bowlspot.com, which Brian Burkhardt created several years ago. 11thframe.com joined this network with Brian as webmaster. 11thFrame.com became a pay site in September 2015, charging $1.99 per month of $19.99 per year.

Richgels believes the sport of bowling and the world's best bowlers deserve the same kind of journalistic coverage that major sports and athletes get, and models his efforts on journalistic titans like Peter King, who long covered the NFL for Sports Illustrated and MMQB.

"The one thing my readers can depend on is that I won’t dodge tough issues or sugarcoat what I see as the story," he says. "I break and cover bowling news no one else does, tell you the things the newsmakers may not want you to know and deliver the stories behind the stories — not just what happened, but why it happened and what it means.

"I make my living in a company that has nothing to do with bowling, my competitive bowling career essentially is over, I have no advertisers, and therefore no one in bowling has any leverage over me. The bottom line is that 11thFrame.com is as independent as any voice in bowling can be: You might not agree with me, but you can trust that what you get from me is me — and nothing else."

Richgels emphasized that the things he writes are solely based on his judgment and opinions, and do not in any way reflect the judgment or opinions of the companies he is on staff with as a bowler.

When not working or on the lanes, he spends most of his time with his girlfriend Susan Dyhr, their latest rescue boxer Bella, and likes working out, reading and watching sports. Jeff naturally is a Wisconsin sports fan following the Green Bay Packers, Wisconsin Badgers, Milwaukee Brewers and Milwaukee Bucks.

Member of Ten Pin Journal Wisconsin Team of the Decade of the 1980s.

Richgels broke through with his first of four USBC Open Championships victories in the 1986 team event. In 1997, he won the all-events title, rolling 90 clean frames. He also won the doubles and team all-events titles in 2005. The 48-year-old Oregon, Wis., resident also won the 1985 U.S. Team Trials to earn a spot on Team USA that year. He represented Team USA at the FIQ American Zone Championships in Bogota, Colombia, where he won gold medals in team and trios. Richgels has 29 Professional Bowlers Association regional titles to his credit, along with dozens of certified perfect games and numerous certified 800 series. He was the 1985 Wisconsin Bowler of the Year and was inducted into the Madison (Wis.) Hall of Fame in 2008. 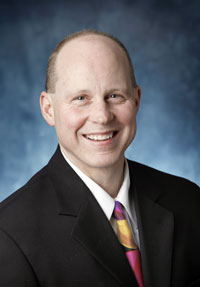