It literally is true that I have yet to meet someone who does not like the 900 Global ZEN.

That includes me: The ZEN was the first 900 Global I drilled after Storm officially made it part of the family, and my review is here.

Because I don’t want to overwhelm myself with too many balls in my arsenal, I have not drilled another 900 Global, though I strongly considered the REALITY.

If I was younger and bowling more serious tournaments than I am as a near-Super Senior, I would have drilled a REALITY and likely more by now. But it doesn’t make sense at this point in my career.

However, when it was announced that there would be another ball in the ZEN line, you can bet I was ordering it.

The ZEN MSTER is the solid companion to the pearl ZEN. Both balls feature the Meditate symmetric core that has a relatively low RG and high differential, with similar numbers for 14, 15 and 16 pounders, which might make my review more applicable for those throwing 15s and 16s.

The ZEN MASTER features the S77 Response Solid coverstock that was used with the ASPECT, a ball I have not used. The box finish is 3,000 grit.

While my ZEN drilling is a relatively tame pin in the middle finger with the CG kicked right, I went with my favorite pin-over-bridge strong drilling on the ZEN MASTER, as a few people I trust said that’s what I should have used with my ZEN. With my PAP of 4 7/8 over and 5/8 up, the ball numbers are 5 pin-PAP, 4 mb-PAP and 3 5/8 pin buffer.

But in a practice session on a fresh house shot at Ten Pin Alley in Fitchburg, the ZEN MASTER showed what it can do, opening up the lane and rolling hard through the pins.

As with the ZEN, I would describe the move as a semi-hockey stick, with a quick and strong forward motion at the breakpoint and continuing on a line through the pocket (or elsewhere if you miss). It’s just slightly rounder than a complete “V” hockey stick motion.

There is no skid-flip and it’s not an arcing motion – it’s turn at the spot and head to the pins. And I have yet to see it dead roll out for a flat 10.

On that initial house shot session, I see the ZEN MASTER being my potential benchmark ball.

The ZEN MASTER had no problem getting to the breakpoint on the fresh house shot at Ten Pin, which I would call medium volume.

And it handled the medium volume well enough that I think it could have handled 37 mL with a 360- or 500-grit pad.

I am pretty sure both will be in my arsenal for quite a while. 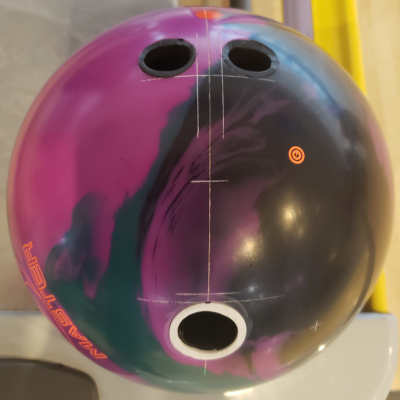 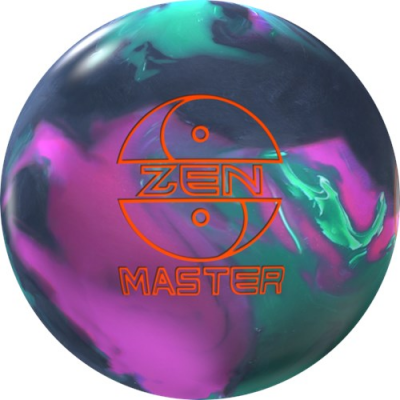 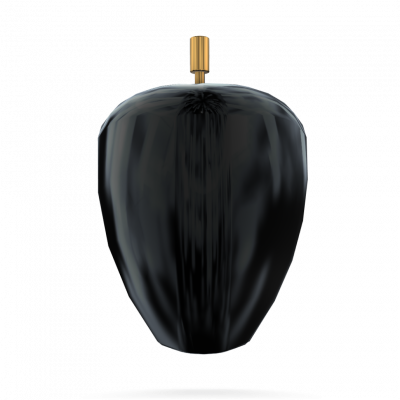