If you read my review of the Roto Grip RST X-1, you know I did not see the strong motion many other people reported.

And since I have so many good strong balls in my arsenal, I am looking for the right young power player who uses 14-pounders to donate it to.

While you might think that would make me hesitant on the RST X-2, you must not know how different balls in the same line can be.

For example, the original IQ TOUR and HY-ROAD — two of the most successful balls in bowling history — were not good for me, despite multiple drilling attempts.

Yet others in those lines were awesome for me, with the IQ GOLD and HY-ROAD X being two of my all-time favorite balls.

The combination of coverstock and core means everything, from my experience.

I also chose a different drilling for my RST X-1, using a stacked pin-over-bridge drilling in the RST X-2 that has come back in favor for me, instead of my favorite strong pin-up drilling I used in the RST X-1.

The RST X-2 cover is the eTrax PLUS Pearl, which comes with a 1,500-grit polished box Finish. As I do with all box shiny balls, I rubbed it by hand with an old 4,000-grit Abralon pad to take off the gloss and hopefully eliminate those squirty 2-8-10s.

I’m not going to argue with anyone – I’m just going to report what I have experienced.

Both balls work best for me with straighter angles and do not overreact downlane, or off the dry, which can be a huge benefit.

In one practice session, I took a Storm DARK CODE and a 900 Global ZEN with me to compare to the RST X-2, and it wasn’t close, with both of those balls roughly an arrow stronger for me. (Again, please keep in mind that I throw 14s, and what I experience may not be what those throwing 15s and 16s experience.)

This meant that on the house shot at Ten Pin Alley I was able to move my feet right, square up my angle and keep the RST X-2 in the pocket, with no dramatic overreaction when I got it to the dry a little early.

In contrast, standing in the same spot as I was with the DARK CODE and ZEN got me 2-pin combinations or worse with the RST X-2.

Having such a controllable reaction I can go relatively straight with is a welcome thing, especially on short patterns, where I have been looking for a resin ball I can go straighter with, as urethane with my moderate rev rate is great for control but not so great for striking power.

My trusty old HY-ROAD PEARL is fine if the oil volume is low, but as soon as the volume gets to medium or higher it skids too much. And I have yet to find any of the Storm family’s weaker resins that don’t go too strong coming off the oil line.

Perhaps the RST X-2 will be what I am looking for.

Certainly it provides me the opportunity to go straighter on a hooking house shot, without a big reaction off the oil. And that’s always of value.

The motion for the RST X-2 is not pronounced for me in any one part of the lane. Instead, it’s gradual from the mid-lane through the pins, as the X-1 was.

Perhaps surprisingly, the pin carry was good, as I was able to carry mixers and dig out 10s as well as I can with much stronger balls.

I have not tried it with a variety of surfaces and don’t plan to, as I have plenty of strong balls for that. The value I see in the RST X-2 is the control it affords at 4,000-Abralon, with much anticipation to try it on a short pattern.

If you’re someone who favors balls you don’t have to fight to control, and don’t bowl on heavy oil most of the time, the RST X-2 would be a great choice for you.

If you’re someone who favors strong balls with a major change of direction, the Storm family has plenty of great options to choose from. 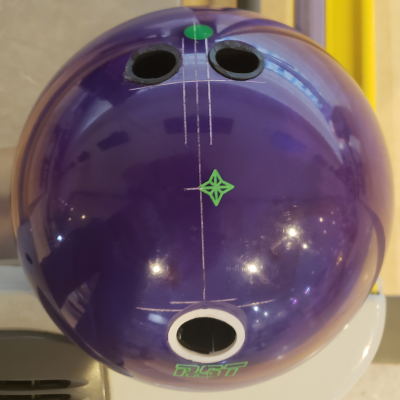 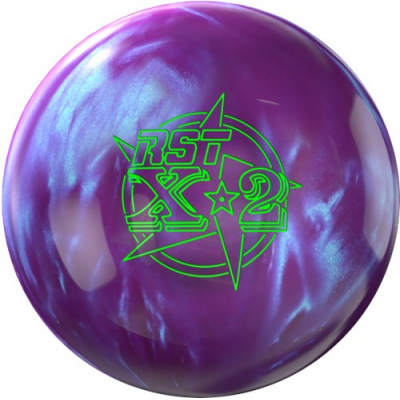 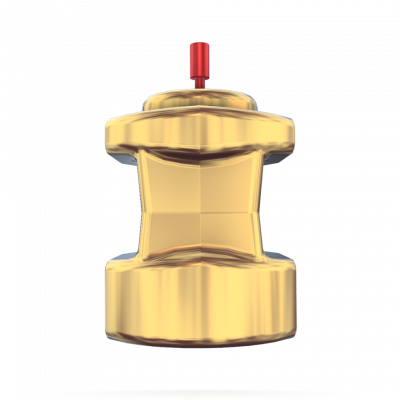