Note: I apologize for taking so long to get this review posted. Believe me it is not because I have been slacking — the bowling world has just been filled with too much news!

The MVP PEARL is about as different from what I expected as a ball could be.

Here’s what I think when I hear a ball is a pearl: Get down the lane easily, works best in lighter oil and/or transitioned patterns, make a fairly strong move downlane.

An asymmetrical pearl makes me think somewhat differently, with the core power providing earlier and smoother reaction in general.

But the MVP PEARL is a symmetrical so I was expecting a long and strong reaction, with tons of skid and an angular motion.

And I was totally wrong.

For my MVP PEARL, I tried a drilling I haven’t used in quite a while but once was one of my favorites: a stacked pin-up over the bridge.

The MVP PEARL comes with its VTC-P19 coverstock 1,500-grit polished and I did my standard hit with a 4,000 Abralon pad by hand to knock the gloss off, since that gloss usually creates too much squirt in oil for me.

My initial effort beyond practice with the MVP PEARL came in the Madison Area USBC Masters on the Kegel Middle Road V2 lane pattern, a 39-foot challenge pattern with 24.05 mL of oil and ratios of 5.25-1 middle-outside track, 1.72-1 middle-middle track and 1.01-1 middle-inside track.

I had not taken the MVP PEARL for some heavy oil wet-dry house shot tournaments, and thought the moderate oil of Middle Road V2 would be perfect.

But my MVP PEARL was simply too strong for Middle Road V2, hooking high if I wasn’t really clean with my shots. I actually was stunned how much it hooked. It seemed more like an HP3 line solid reactive than an HP2 line pearl.

At the same time, I couldn't move in, swing it and have it return strongly, also not what I would have expected.

Yet it still skidded too much on heavier oil, so I went back to the drawing board and decided to try it with a 2,000 CTD pad by hand.

I then tried it on a medium oil house shot in the Prairie Open 3-Man tournament and it performed magnificently, delivering an 11-strike 261 (Greek church on a whoops shot) in the first game and a 237 in the second game. What was fascinating was that as the pattern transitioned and I lost reaction and carry with the MVP PEARL, I was not able to go left and open the lane with the MVP PEARL, and ended up switching to a CODE BLACK.

Instead of being a long and strong ball to get left with after a pattern is beat up, the MVP PEARL for me is a smooth rolling ball ideal for taming a fresh house shot — so long as it isn’t high volume.

It gives me plenty of roll and smooth motion ideal for going up the lane along the wet-dry line.

So, instead of being that ball I reach for late in a block after the lanes have blown up, I have made the MVP PEARL a ball I try on fresh oil at the start of a block.

Let me offer the caution that someone with more revs and a different game than this old guy might find the MVP PEARL to be totally different. I also tried a drilling that isn’t that common, so different drillings may produce very different motion.

But from what I’ve seen I’d recommend it for anybody looking for an easily controllable benchmark ball for all but high volumes of oil. Roll it and stick with fairly moderate angles and it should provide great reaction.

And if you have enough revs, you probably will be able to get left and open your angles — just don’t look for the reaction of, say, a HY-ROAD PEARL. 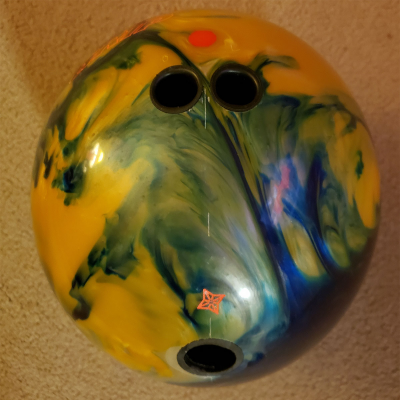 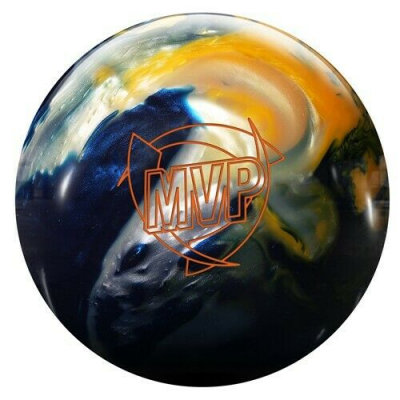 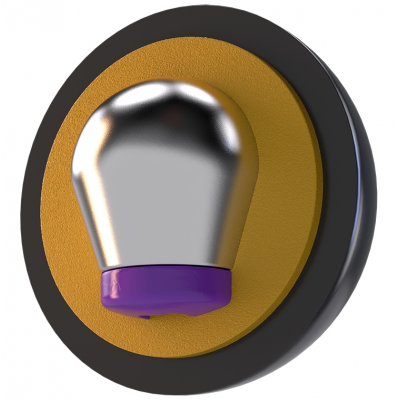