UPDATE 1/27/13 – I have had good success using the IQ TOUR PEARL on Sport shots that have enough oil in the front of the lane so that it doesn't start too early but not so much volume that a heavy oil ball such as the SYNC or VIRTUAL GRAVITY NANO is necessary.
I also drilled a second IQ TOUR PEARL on Jan. 21, 2013 that is 5 1/8 Pin to PAP x 6 "mb" x 3 1/8 pin buffer. The pin is fairly high above the bridge and he CG is about at the grip center (90 degree drilling angle.) Compared to my first IQ TOUR PEARL with a stronger drilling, it goes longer down the lane and makes a sharper move at the breakpoint.

The drilling is the same as the VIRTUAL GRAVITY NANO I’ve been using since early 2011 — the ball I used the last 2 games of team event at 2011 USBC OC. It measures out at 4.5 Pin to PAP x 4 “mb” (it’s a symmetrical ball) to PAP x 3 3/8 pin buffer. The pin is above the ring finger and the drilling angle is about 60 degrees. There is a weight hole at P1 just to get it back to static legal. (Picture at end of my blog.)

I have found over the years that solid and pearl coverstocks wrapped around the same core often perform completely differently for me, with one being great and the other just not working.

Such appears to be the case with the IQ TOUR and IQ TOUR PEARL.

If you read my updated review of the IQ TOUR at http://www.11thframe.com/page/reviews_id_6
I simply could not find a way to use it successfully, even with multiple coverstock surface changes and two drillings. This despite the fact that so many have raved about the ball, notably Bowling This Month magazine.

My issue with the IQ TOUR is that it either went too quick for me and quit, leading to plaque 10s, or when I then got more left and into the oil (if it was there), it didn’t slow down enough and left solid 9s, ring 10s and 4-pins.

Of course, I joked when I ordered the IQ TOUR PEARL that I probably would love it … and that looks like it might be the case - at least on a house shot. (Read down for where it might not be the best choice.)

In fact, I would say from what I have experienced and seen that the IQ TOUR PEARL may be one of the greatest house shot balls ever.

And that’s exactly what it has provided me on a house shot. I’ve now used it in practice and tournaments on different house shots and it was a monster each time. The IQ TOUR PEARL rolls strong in the midlane and continues with a very strong move in the back-end.

When I saw him at the Senior High Roller in Las Vegas, famed coach Mike Jasnau said exactly what I said: The IQ TOUR PEARL is the strongest pearl ball ever.

I initally had a little trouble with squirt in the puddle, but after hitting the box shiny surface with a 4,000 Abralon pad, that went away.

What I really love about the IQ TOUR PEARL is how hard (for me) and straight I can go with both hold and swing and great carry. Yet, I’ve also seen bigger hand players (with and without higher speed) get in and wheel it and strike at will.

The most impressive part was the smooth roll through the pins, which produced awesome carry — it was almost exactly the opposite of what was the problem for me with the IQ TOUR! Although it makes a strong move in the back-end, the pins stay low on the deck, which for me usually produces better carry than flying up and about.

I would agree 100 percent with what Storm says: “You’ll be able to see the difference as this ball reads the midlane without over-responding to the friction at the end of the oil pattern. Then the real magic happens; it reads the backends with unparalleled consistency through the pocket”

I do have one huge caveat with the IQ TOUR PEARL: I have been unable to use it successfully on a Sport shot.

I tried it on the 2012 USBC Open Championships pattern at a tournament, on the Senior High Roller pattern, and on Team USA Montreal in the league I bowl in and found it tough to control. On the heavier oil Sport shots, it went too long and was inconsistent getting into a roll. On the lighter Sport shots, I found it difficult to consistently get it to the breakpoint.

I did see others using the IQ TOUR PEARL at the two tournaments with success, including Rob Aimers, who I think led the tournament on the 2012 USBC OC pattern. But he has higher ball speed, more revs and a heavier roll than me.

So I am not saying it won’t work on a Sport pattern, I’m saying to be cautious in your expectations.

But if you’re someone who is looking for a strike machine ball on house shots, I highly recommend the IQ TOUR PEARL. 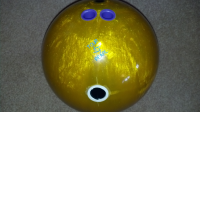 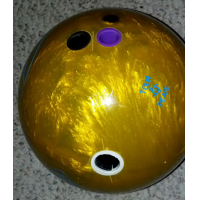 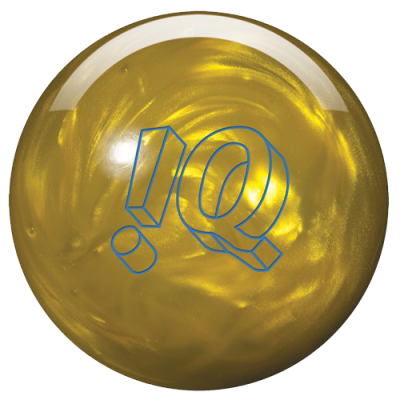 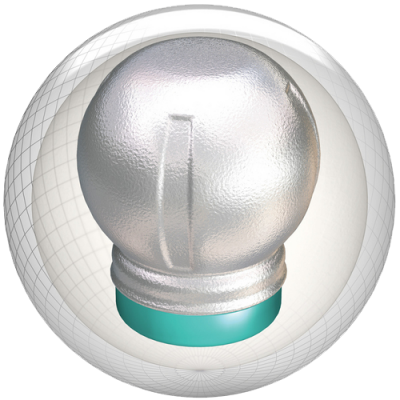