Update: The VLS layout did turn out to be too weak in hitting power for me, even when shined up. So I plugged and re-drilled my HYPER CELL with a much stronger drilling — I don't have the exact coordinates but the pin is above my ring finger by a couple of inches with the RG a little bit right of my thumb hole so it's close to a stacked drilling. I kept the cover shiny and have had much success on a variety of conditions with this drilling, especially on shots that are wet/dry or have extreme back-end reaction.
I've also used it with the cover scuffed to a variety of levels and it excels when I need a ball to make a move and not much else in my bag is doing anything. It was the one ball I had at the 2014 Senior Masters that I could get to make a strong enough move to give me some room and strike.The move is NOT angular — it's more rolling with arcing curve.

Since I was not approved to throw Roto Grip balls in addition to Storm until last June, I had never thrown a ball from the CELL line.

So I was understandably excited to get my hands on the HYPER CELL, the latest in the line. It surrounds the well-proven Nucleus core with the new 80H MicroBite coverstock, which comes with a box finish of 2000-grit pad.

Roto Grip says the core provides “continuous motion and unstoppable power” while the cover is the strongest Roto Grip has ever developed.

With my moderate speed and rev rate, I was a little concerned the HYPER CELL might be too strong for me, but my doubles partner Steve Richter assured me that it would be OK, calling it “just one continuous hard, strong, rolling nugget.”

With that description, I asked Steve to give me a VLS layout that would be similar to the SYNC I used in last year’s USBC Open Championships team event that dealt so well with the extreme wet-dry reaction that developed.

My thought was that the HYPER CELL’s strong smoothness would be even better for such a VLS drilling than the SYNC, giving me control on tough shots and wet/dry house shots.

I have so far used it on the USBC White 2 pattern —basically a blended house shot — a Kegel Version of the 52-foot PBA Badger pattern, and a house shot, all on Brunswick synthetics.

And it has performed exactly as expected — strong rolling, smooth and continuous, with no sharp reaction at any point.

It was fantastic at taming down the wet-dry house shot: strong enough to get to the pocket when pulled into the puddle and smooth enough to not jump high when swung to the dry early. It also allowed to manipulate the motion with changes in my release without exaggerating those changes so much that I lost the pocket. The carry was only average, but I think it would have picked up greatly if the cover was shiny — there was not a huge amount of oil and the HYPER CELL was bleeding a tad too much energy, I think.

The carry also was not great on the USBC White pattern, as again there wasn’t quite enough oil and stronger motion down lane was better. But it was excellent on getting to the pocket and very forgiving of misses.

The box finish rolled great on the 52-foot pattern once a little bit of burn developed, and it had excellent reaction the second and third games of the league session I used it at. I have no doubt that if taken down to 360 or 500 grit, it would have been excellent on the fresh 52-footer as well.

I feel confident that a strong drilling would provide stronger motion for those looking for that.

But I’m not really looking for stronger motion as I have many balls that provide real strong motion and my aim with the HYPER CELL was something smooth and continuous. It delivered exactly that and should provide a great option for controlling reaction on wet-dry house shots, as well as fresh sports shots — so long as there is enough oil.

Obviously, I would recommend the HYPER CELL for anyone looking for strong, continuous motion that provides power and control. Stronger drillings should provide stronger motion, but this is definitely more of a continuous rolling ball than one that makes a sharp move at any point.

I would say it would be good for any player on heavy oil, but on lesser oil it would need to be shined for use by high rev players who don’t have high speed.

If you're looking for a ball that gets down the lane and makes a left turn, the HYPER CELL is not your ball. 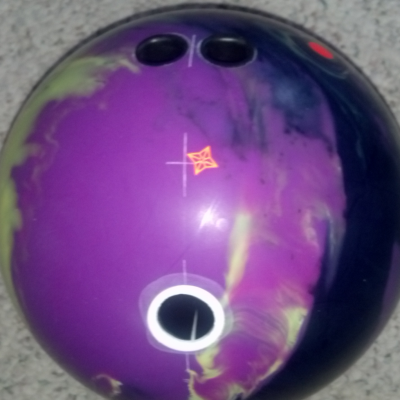 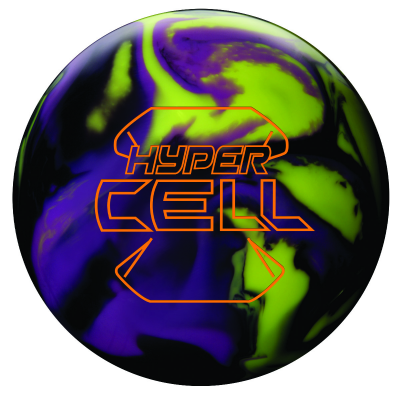 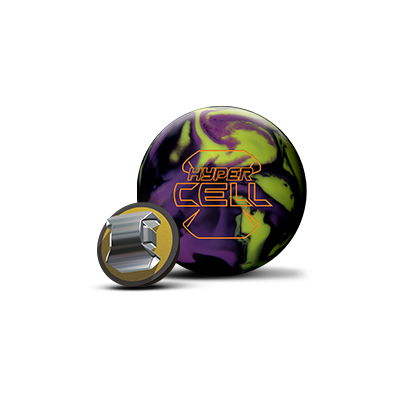