The CODE BLACK is one of my all-time favorite Storm balls, so much so that when I switched from 15 to 14 I tracked down a 14 and it still was in my arsenal until just recently.

The reason it now is in the hands of a youth bowler I donated it to is the DARK CODE, which has the same RAD4 asymmetrical core and provides a similar motion in much stronger form.

That stronger form comes from the new ReX pearl coverstock that is a combination of the famed R2S that has been in so many great balls and the NeX that is in the AXIOM and PROTON PHYSIX.

The ball comes 1,500-grit polished as the box finish and as is my practice, I rubbed it by hand with an old 4,000-Abralon pad just to knock the gloss off.

I threw it first on a fresh house shot at my home center, Ten Pin Alley in the Madison suburb of Fitchburg, which is about 18 years old with Brunswick synthetics that were leveled in 2019.

Even with taking off the gloss, my DARK CODE absolutely jumped left once it got off the oil line. Angular is almost not enough of a word to describe the motion.

Once a couple of games had been thrown on the house shot, it had tamed down, but it was still tough to control for this old and slow guy. But I had no trouble opening up the lane, and it powered through the pins strong when I got it flush.

I also have used it on the Del Ballard 35 and Mark Roth 42 PBA patterns that will be used in the two upcoming PBA50 Tour tournaments I am competing in.

The DARK CODE probably was too strong for me on the Ballard 35, where based on practice session and experience, I expect to throw my FAST PITCH urethane for at least a couple of games, and maybe more, and then likely will end up moving to my HY-ROAD X or IQ GOLD.

But if the pattern turns out tighter at Olympia Lanes in Hammond, I could see it in play.

Where my DARK CODE really excelled was on the Roth, which I liken to a house shot laid on top of a light 2-2 flat pattern. The result can be very soft, with the oil right of the main body of the pattern taking away over/under, or it can be tricky if there is too much hang.

At Ten Pin, it was soft and I was able to cross between 10- and 15-board with a slight amount of swing and have miss room both ways.

The DARK CODE definitely will be in my bag for Wyoming (Grand Rapids).

I did take a 2,000 CTD pad and hit the DARK CODE lightly by hand and that made it hook more and decreased the motion off the oil line, which actually made it better on the Roth. I need to emphasize that when hitting the ball by hand it is not near what you would get using a spinner.

The DARK CODE has very similar motion to the Roto Grip UFO ALERT, but is about 3-and-2 weaker than the UFO ALERT. The DARK CODE might be closest to the Storm ASTRO PHYSIX, with the DARK CODE picking up a little bit earlier in the middle lane and providing more of a continuous curving motion where the ASTRO PHYSIX is a little more skid/flippy.

If you’re looking for a control ball, the DARK CODE is not for you. You could perhaps hit it with 500 or 1,000 grit and make it more controllable but then you’d take away its strength of back-end motion.

The bottom line is that if you’re looking for something you can get in with and send out and get back, the DARK CODE is a great choice.

I’d recommend the DARK CODE for all bowlers other than those who don’t like to see a ball make a strong move in the back end.

I have a feeling it is going to be a staple in my arsenal for a long time, perhaps as long as the CODE BLACK. 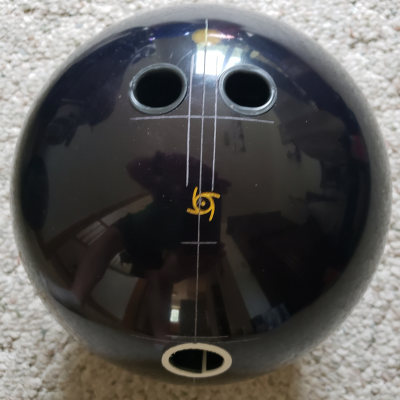 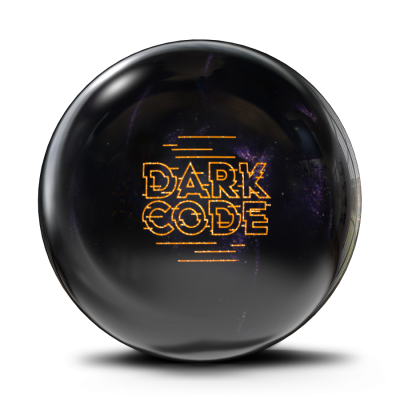 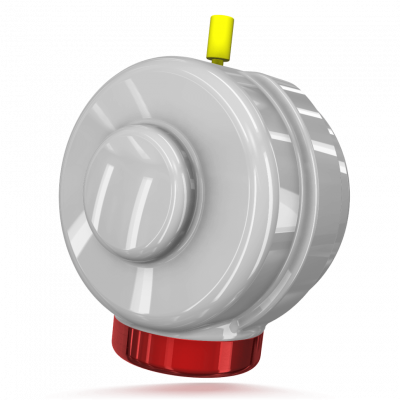