The Roto Grip CELL line with the asymmetrical Nucleus weight block is one of the longest running ball lines around — so long that I didn’t get to throw some of the CELLs as I wasn’t cleared to also throw Roto Grip balls until 2013.

Depending on the coverstock, I’ve either really liked the versions of the CELLs I’ve thrown or at least found them to be decent. In other words, no homeruns, but also no duds (for my game).

The new NUCLEAR CELL features the new eTrax-P20 pearl coverstock, and the best word I can use is Yowsah!

Simply put, this might be the strongest pearl cover I’ve thrown. It’s noticeably stronger than the eTrax-P18 pearl that was used on the IDOL PEARL and HALO PEARL, though the comparison certainly isn’t perfect with different cores.

The NUCLEAR CELL comes out of the box with a 1,500-grit polished finish and, as I always do, I hit it with an old 4,000-Abralon pad just to knock the gloss off and cut down on the squirt I often see with shiny balls.

I didn’t need to.

The NUCLEAR CELL handles a lot more oil volume than I figured a pearl could: It’s fine on a fresh pattern with medium to medium-high volume.

Along with that, as you might expect, this is not a pearl ball to use on lighter oil volumes — it’s simply too strong.

The strong cover makes it a pearl that has no problem being used as an early ball out of the box, as I did in the Senior State Tournament team event where I led our 11thFrame.com team to a second-place finish by a single pin.

The NUCLEAR CELL picks up strongly for a pearl, but still makes a strong move down lane. But it is not a sharp and quick hockey stick-type of move — it’s more of a rounded shape.

The few times I used it before the COVID-19 pandemic shut the world down, I found the NUCLEAR CELL to excel playing in the oil with a left-to-right trajectory letting it show off its curving power.

It’s actually been a ball I definitely had to get out of as the lanes transitioned as it needs some oil to get down the lane.

I’m thinking it might be a pearl I can use on a high-volume pattern that has broken down. (Looking forward to the day when I can find out.)

The closest thing to the NUCLEAR CELL I’ve thrown is the Storm ASTROPHYSIX, which was a little longer and a little more hockey stick-like, but not flippy.

I can’t think of any style of bowler who won’t be able to use the NUCLEAR CELL, and it may be a first option for players who like to use a strong shiny, pearl on a fresh moderate volume pattern. 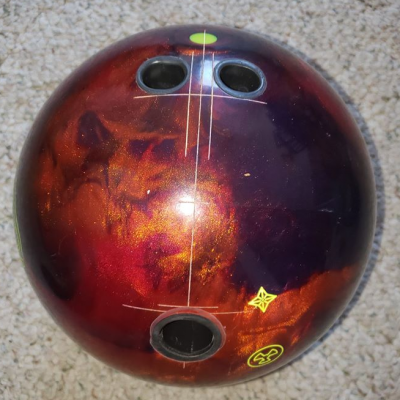 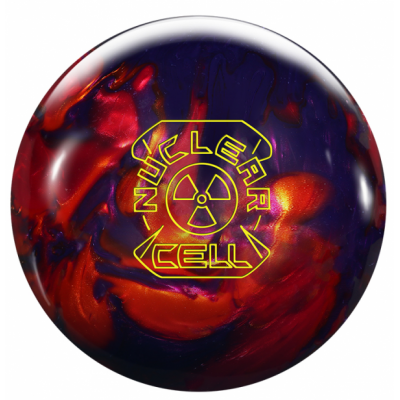 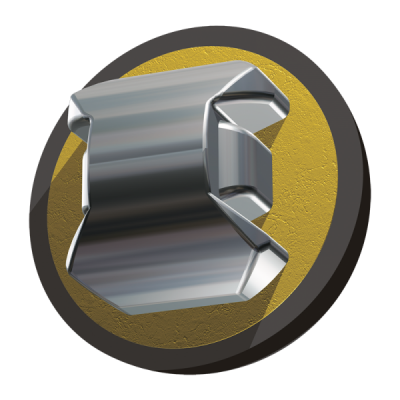