The Roto Grip WILD STREAK is one of the more interesting balls Storm or Roto Grip has come out with in a long time.

It’s a fairly strong symmetrical in the HP3 line with the SureTrax-S19 solid cover, but I can’t remember the last time a ball this strong had an RG as high as 2.60 combined with a differential as low as 0.48, which is what the new Mutated Rotary core features. I clicked through numerous balls looking for that sort of combination and couldn’t find one.

The WILD STREAK also is different in that the RG and differential are the same for 14, 15 and 16 pounds, which is not something I have seen since switching to 14 a few years ago as my creaky 3-operation wrist continues to deteriorate.

The IDOL balls are in the HP3 line and for 14, they are 2.54 and 0.49, which jibes with the ball reaction I see as the main motion difference is that the WILD STREAK gets down the lane easier — which would be expected with a higher RG.

I saw the value of that when competing in the GIBA/SSBA 50/50 4-Man and Doubles earlier this month. The house shot pattern was long and heavy, and after a couple of games it got super-cliffed.

Weak balls had no chance (for me) with the puddle in the middle, while strong balls that could handle the oil hooked immediately in the dry. Ultimately the only ball I had a decent reaction with was the very strong Storm PRO-MOTION hit with a 1,000-grit CTD pad, which I could get more into the oil with than any other ball I had.

But I had a fascinating reaction with the WILD STREAK (before going to the PRO-MOTION) as I was able to play to the right and straight because it got down the lane so well. However, my carry was poor — but it was poor with every ball I tried until I went to the PRO-MOTION, and I think that was more about my lack of Power (revs, speed and 14 pounds).

I have not been able to use the WILD STREAK on a wide variety of lane conditions yet, but I feel confident saying that it offers a different sort of look from most strong symmetrical solid balls.

An example might be an older player who has lost ball speed but doesn’t feel comfortable moving in and would prefer to stay straighter. The WILD STREAK might be perfect for them.

It might also be a good ball for higher rev players who don’t have a ton of speed and would like to be able to stay with a stronger ball longer, but struggle to get stronger balls down the lane.

Although the WILD STREAK gets down the lane fairly easily, it definitely is not a flippy ball from what I have seen, so it also should work on Sport patterns.

I was able to practice with it on a short Sport pattern, and was surprised how right and straight I was able to play, though I would say it was not the best reacting ball for the pattern that I had with me.

I also have not had a chance to tweak the cover at all, and will update this review if I do so.

Basically, I wanted to get this review out as soon as I had some info on the WILD STREAK because I had several people asking about it. 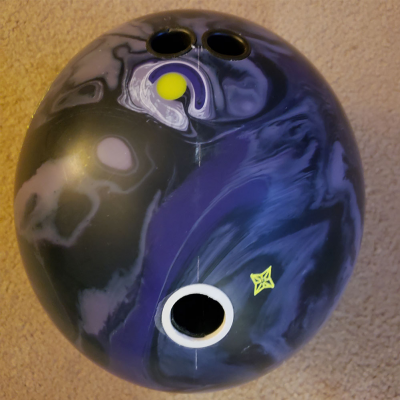 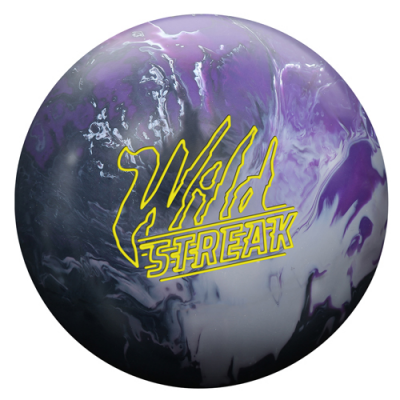 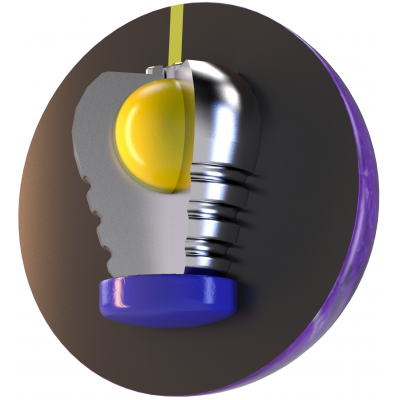