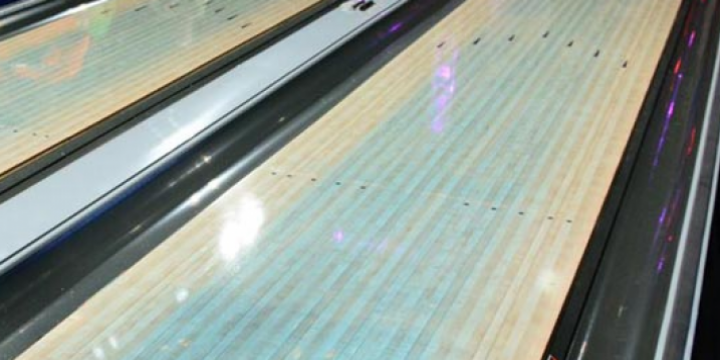 Bowlers can argue forever what the best form of the sport is, from hard rubber balls on shellac-covered wood lanes to resin balls on synthetic lanes, and everything in between. This story is not about that never-ending debate.

What can’t be argued is that for bowling to be seen as a sport by non-bowlers, the challenge must be readily understandable.

Unfortunately, that has never been the case because what creates the challenge in bowling — oil on a lane — has been invisible, or was until the recent advent of Brunswick’s visible oil, which has only been used in PBA Tour TV competition.

As bowlers know, the way oil is applied to a lane is why league bowlers who aren’t close in ability to the top pros can shoot scores far beyond what the best pros do in professional events.

When decent amateur golfers shoot low scores on their local municipal courses, only fools think those players are as good as the pros shooting the same scores at PGA Tour courses. The different challenges they face — water hazards, sand traps, rough, sloping greens, the length of holes, etc. — are obvious because they can be seen.

That isn’t the case in bowling, and you can hear it every time a pro shoots a low score on TV if you talk to non-bowlers (assuming visible oil isn’t being used).

“Anyone can shoot 160 — it’s just throwing a ball down a lane and they’re all the same,” is a typical comment.

“No, they’re not,” you might reply. “Those lanes have oil on them that can make them totally different.”

Except you know it really isn’t OK, that they’re not convinced, and they don’t understand.

I’ve spent my entire adult life working as a journalist, interacting on a daily basis with the people bowling most needs to see bowling as a sport. And I have met only a handful who were bowlers at a high enough level that they understood oil on lanes. For the rest, I’ve had some version of the conversation above whenever bowling is the topic.

Even those who intellectually accept oil and lane patterns when I explain it all never seem to get it in their gut the way they get the visible differences between Augusta National or Pebble Beach and a municipal course.

The PBA using visible oil in recent years has gotten us past the stage where non-bowlers doubt oil is there, but when it’s only used on the PBA it doesn’t show the difference between the professional level and recreational bowling.

And bowling will never be what those of us who love it want it to be without non-bowlers understanding and appreciating the difference between our Augusta National or Pebble Beach and our local municipal courses.

Once non-bowlers can see the difference between the sport and the recreation, they will understand it and be able to accept bowling as a sport in the same way they accept golf as a sport. This is why most media provide little to no coverage of bowling.

Without that understanding, nothing else really matters. With it, everything falls into place.

If you accept bowling as a sport, you don’t question whether it is worthy of being in the Olympics, whether professional bowling should have sponsors and be televised and respected and covered by the media, and whether pros should earn a living competing at it.

Visible oil used widely will provide the understanding that will create the acceptance bowling must have to have any chance to make big leaps forward.

Going back to any kind of older technology or rules for the playing environment will do nothing to enhance non-bowlers' understanding of the sport.

Yes, visible oil does not perfectly show oil patterns, although it is much better up close in person than what can been seen on TV.

But it’s plenty good enough to show the stark difference between a house shot and a Sport level pattern used at the professional level and in other competition.

When those differences can be seen, they sport is readily explainable and easily understood by non-bowlers.

Visible oil also is valuable in showing the different skill levels of pros vs. recreational bowlers — just look at the tight track lines pros typically develop on visible oil as opposed to the scatter shots you’d see among lesser-skilled players.

And whatever the skill level or pattern, non-bowlers can see the impact of ball traffic removing oil so they can understand a huge part of what happens — and why bowling is a game of constant adjustment.

When they can see oil depletion, the non-bowler's perception of an easy game of throwing the ball down the lane suddenly changes to an understanding of the chess-like competition it is between player and ever-changing lane.

When bowling did not get accepted into the 2020 Olympics, World Bowling’s Kevin Dornberger explained in this story that one of the primary problems was that there is no way to readily tell the difference between elite and recreational bowling.

PBA CEO and Commissioner Tom Clark understands this as he explained in my Q&A story with him at the World Series of Bowling in December in which he talked about his desire to see visible oil used from the first World Series ball to the last — not just on TV.

I’ve asked Cherry Lanes general manager Bob Hochrein for permission to use visible oil in the GIBA 11thFrame.com Open in Dubuque, Iowa, on Aug. 26-27 because I want my tournament to show the way bowling needs to go.

(Update Feb. 3, 2017: I did some more checking with players who made TV shows at this year's World Series and some blue oil did get on jerseys. It comes out but needs hand scrubbing. This gives me great pause about using at the 11thFrame.com Open. I would need to get some on my own clothing and see the washing effort needed before considering it. And I better get my eyes checked as I did not notice the oil on clothes when interviewing players after the shows, though in at least E.J. Tackett's case the reason was obvious: his blue shirt.)

Ultimately, I think there could be no greater step forward for bowling to be widely accepted as a sport than to have visible oil become widely used and eventually the standard for certified competition. To be clear, I wouldn't want a mandate — at least initially — and I would want to see the clothing issues settled before wide use is tried.

That happening also would bring several side benefits, including removing the ability of tournament operators to pull shenanigans with lane patterns, or lanemen simply to make mistakes like what happened at the PBA Regional Players Invitational and Tour Trials in 2009, when for one squad some lanes got the Cheetah pattern and some the Chameleon pattern. I was there covering the event and here is my story.

That horrendous mistake never would have happened with visible oil because as soon as some lanes were being done with a different pattern than others, it would have been seen by the laneman and anyone in the National Bowling Stadium and corrected before any competition started.

Visible oil being the standard also eliminates the ability of conspiracy theorists to cast doubt on an honest tournament: If you can see what pattern is being put out squad after squad and day after day, it’s possible for anyone to check to see that they are being done the same.

Visible oil being the standard is a positive step forward for the sport that is in stark contrast to the unfortunate current backward path the United States Bowling Congress is taking under Executive Director Chad Murphy.

Instead of transparency and openness in handling the challenge of the sport, USBC is taking draconian measures to hide the very thing it should be explaining and educating bowlers and non-bowlers about.

USBC’s foolish policy will turn its workers into phone police at this year’s Open Championships to stop recordings it deems illegal, and takes away the webcasts enjoyed by thousands each year.

It also guarantees that those who bowl the best will be subject to ugly comments by conspiracy theorists that would instantly be shot down with the use of visible oil.

Hopefully USBC eventually will embrace the transparency and openness of visible oil and what it can do to help bowling become widely seen as the challenging sport it is.

My readers can count on me never wavering from this stance.

The best bowler in the world shares my views on visible oil, and would like to see it made mandatory, with different colors of oil used to indicate degree of difficulty. He discussed those views in this FloBowling podcast. 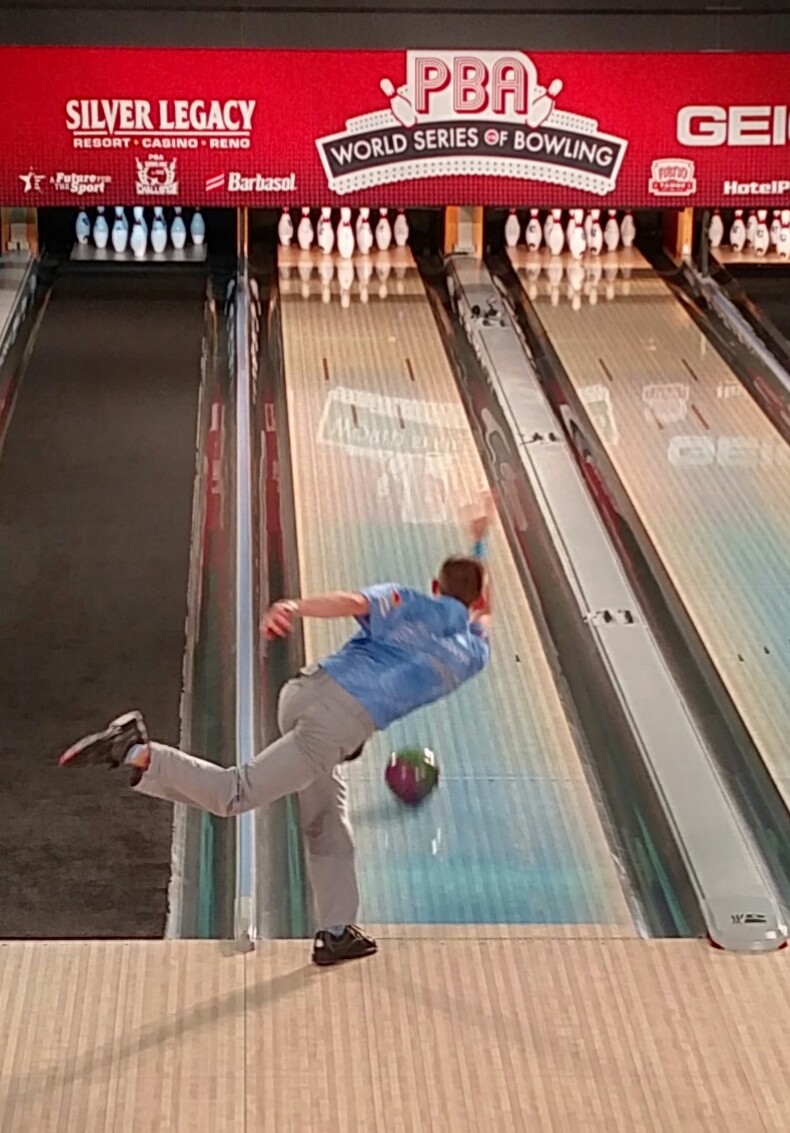 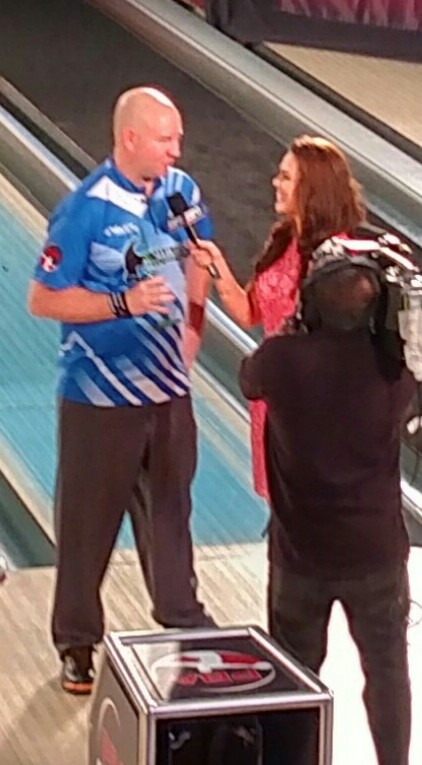 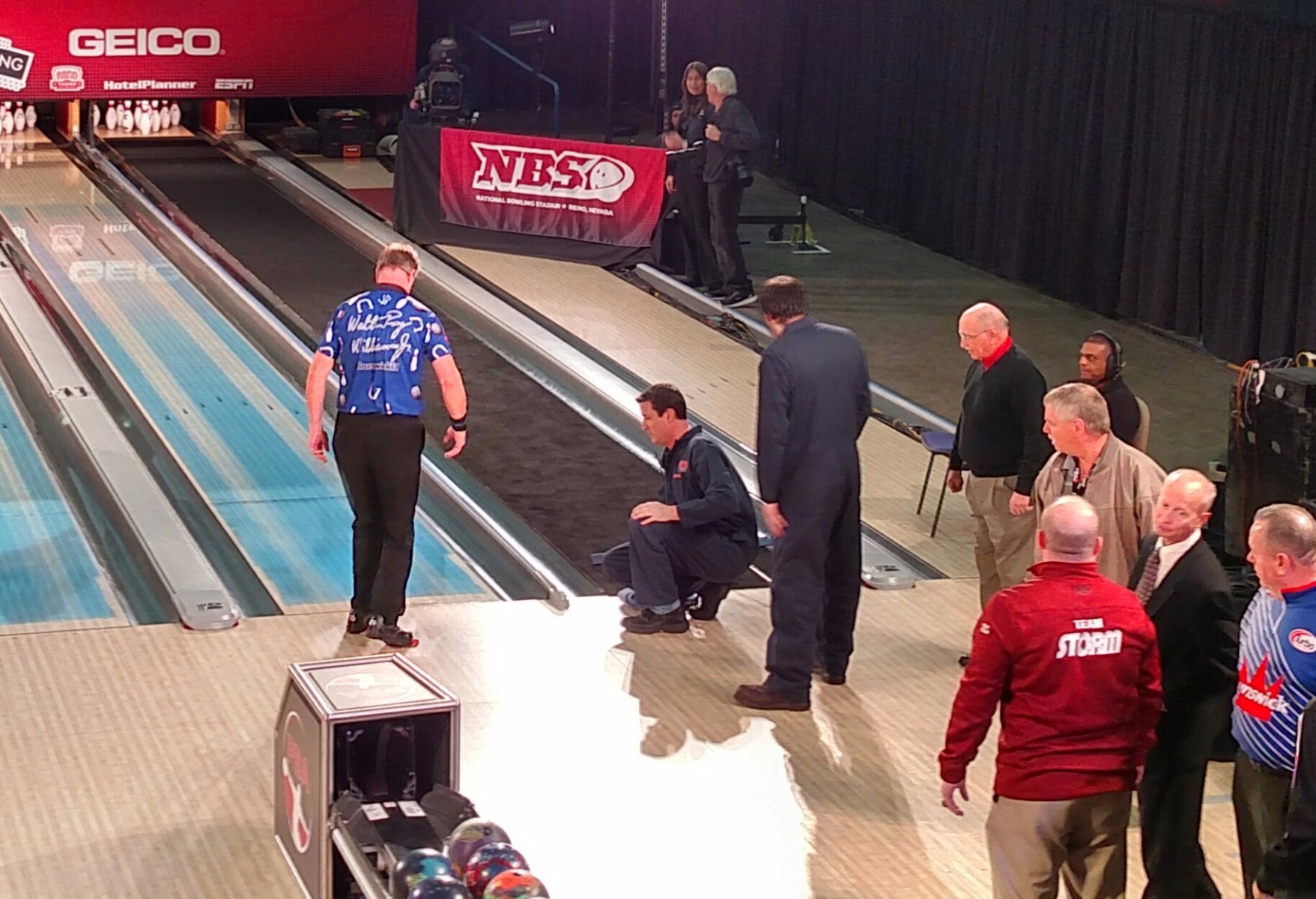 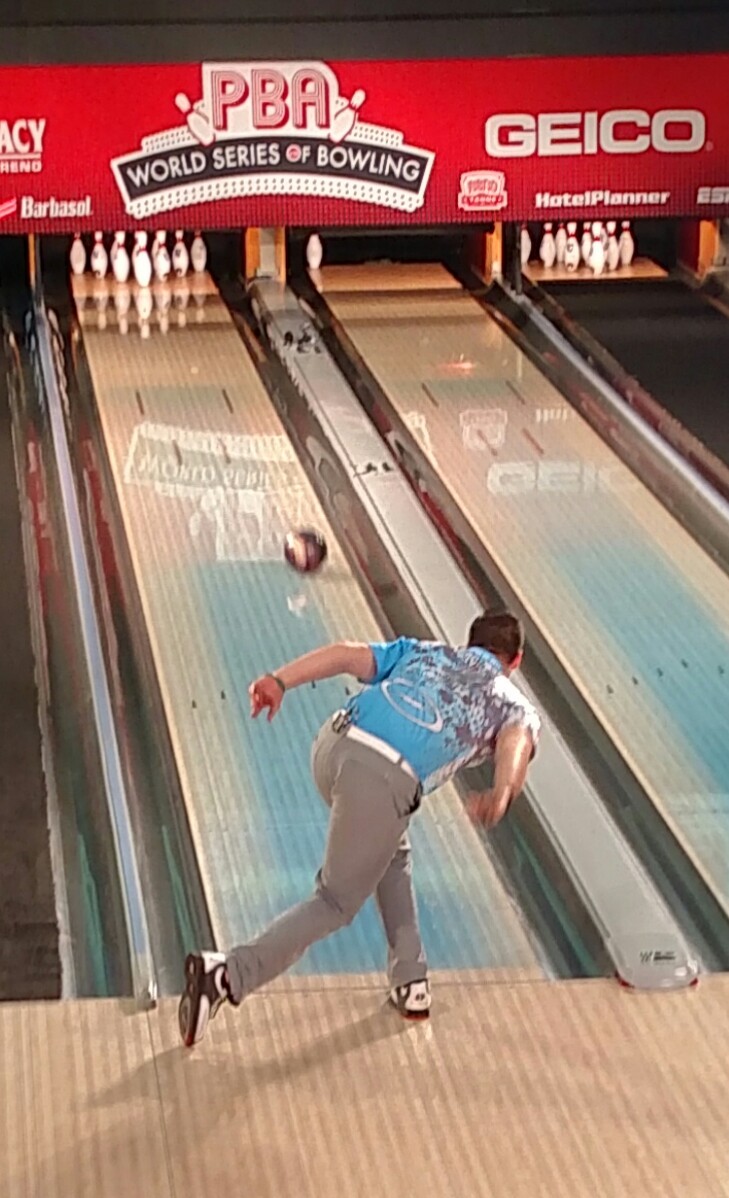