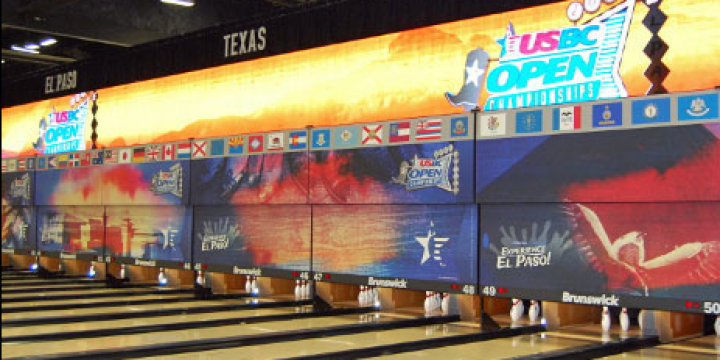 The El Paso Convention Center. Photo by United States Bowling Congress.
There will be no record scores at the 2015 United States Bowling Congress Open Championships — at least not record high scores. I will bet a Hefeweizen with anyone on it. The team and minors lane patterns released Wednesday by USBC in this video I believe are the flattest they have been since graphics and data on the patterns started being published. (Some of the calculations weren’t done exactly the same or weren’t done at all years ago so it’s hard to say...