Roto Grip’s CELL line has been a mixed bag for me.

The HYPER CELL SKID was a ball that fascinated me because I loved the motion but could not strike consistently with it — it was that flat 10/solid 9 kind of reaction that told me it was just too much ball for my moderate speed and revs.

But the HYPER CELL was my go-to ball when I absolutely needed hook, most notably at the 2014 USBC Senior Masters when a late rally with it almost gave me an Aaron Rodgers Hail Mary into the cut.

The problem with the HYPER CELL is that it was so strong I always felt like I was struggling to get it down the lane. And when it was the ball that worked, it had a nasty habit of producing solid 7s, 8s and 9s that would turn 270s into 230s.

I don’t order every Storm and Roto ball that comes out, but even with the mixed bag I’ve experienced with the HYPER CELLs, I knew I’d have to try an ETERNAL CELL as the potential payoff was too great.

The ETERNAL, which is part of the HP4 line, has the same asymmetrical Nucleus core as the HYPER CELLs, but takes a step down in cover from HYPER CELL’s 80H MicroBite solid to 75M solid, while still stronger than the SKID’s 73H pearl.

I hoped that the in-between would be a sweet spot for me.

I chose one of my favorite strong drillings for the ETERNAL — pin over my bridge with about a 60-degree drilling that produced the following numbers using my PAP of 4 inches over and 5/8 up: 4 5/8 pin-PAP, 3 5/8 RG-PAP, and 2 3/4 pin buffer.

I have not used my ETERNAL enough to decide how much I truly like it, but since Dec. 8 is the release date I wanted to get this review out.

And I do know enough to provide all you really need to know about it: It makes one hellaciously strong move.

The ETERNAL is a ball to get left with and wheel. The Storm IQ TOUR 30 is similar but the ETERNAL seems to be much more from core power.

The ETERNAL revs up and wants to hook early, but not to the extent of the HYPER CELL, or a CRUX or SYNC.

The ETERNAL actually was too strong for Abbey Road, but that was the first time I used it so it took a bit of seeing it dive high before I realized that and put it away. It sliced through the pins when it got there, though.

On White 2, it was simply not slowing down enough as it produced a nice collection of rings 10s and solid 9s, or jumped high when it got too wide too early.

On the house shot at the SSBA GIBA 50/50 4-man and doubles, there was too much hook for it in the 4-man, but with 2,000 Abralon I could use it in the doubles both going hard and direct up the track and later slow hooking it from around 20.

The weekend was a disaster for me — I am not good when my ball jumps through the face when I swing it slightly and don’t strike squaring up.

But the ETERNAL got me there better than any other ball both going square (hello flat 10 and 4-pin with my 14-pounder) and later slow hooking it in the oil from around 20 at the arrows. In fact, the ETERNAL got me a 220 game the last game with some ridiculous motion in the puddle, digging out 10s and splashing racks.

I am really looking forward to using the ETERNAL on a pattern that has some decent oil and is not so black-and-white.

The ball the ETERNAL kept me thinking of as one of my all-time favorites: the PARADIGM, which I used for many years and only gave up when it cracked when I left it in the car overnight in a cold Wisconsin winter.

That PARADIGM was a ball I could get left with and send to the right and just wait for it to get to the spot and turn left and roll hard through the pocket. It was not a great ball on flatter shots because it had such strong back-end motion, but it earned its keep on higher scoring shots, especially those that had transitioned some.

When there was a shot where swinging it was best but some power was needed to open up the lane, the PARADIGM was it for me, and I'm seeing the same thing in the ETERNAL.

So if you’re a player who likes to get in and wheel it and aren’t afraid of a ball that has strong down-lane motion, the ETERNAL may be a keeper for you.

If you like controlled motion and like to go straighter, Storm and Roto have far better choices for you.

I will update this review after I have more experience with the ETERNAL, which won’t happen before January due to my covering the World Series of Bowling and then the holidays.

The ETERNAL has proven to be just as strong as I initially thought. I have tried it down as rough as hitting it with a used 1,000 pad by hand and it still makes an incredibly strong move on the back end.

The move is so strong it's really too much for me to get much use from the ETERNAL: I have found too many ring 10s and solid 9s on good shots and shots through the face if I am a little slow.

I plugged my ETERNAL and re-drilled it with a pin-in-the-palm drilling that is much better for my game. It rolls earlier but still makes a strong move on the back. I have had some solid success with it since the re-drilling on a surprising variety of conditions. 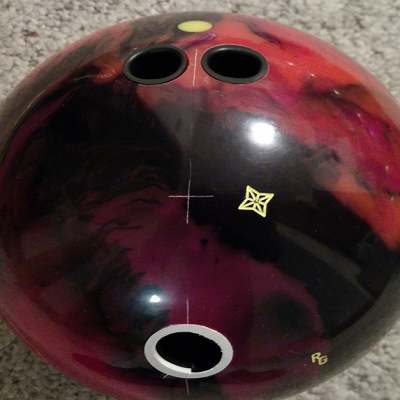 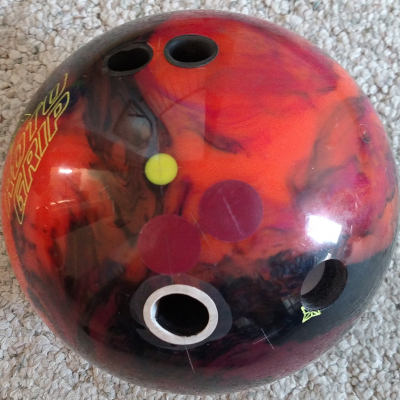 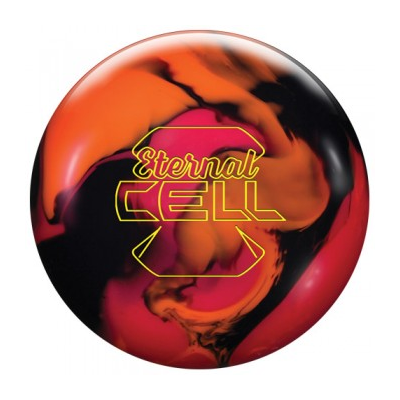 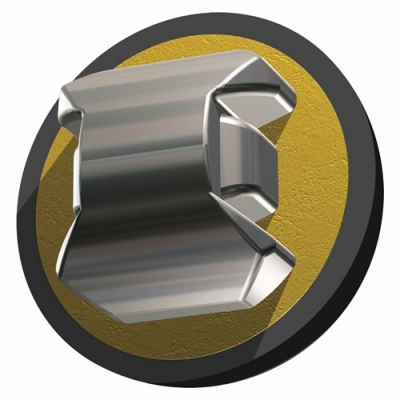