I’ve long had a love/hate relationship with asymmetrical balls as they tend to either work great for me or are duds. And even those I love typically only work on certain conditions.

I think that’s logical considering my moderate and declining speed and revs, and lowering ball track — asymmetricals are so strong they tend to start too early or jump too much for me.

One that did work for me was the Roto Grip HYPER CELL. The control drilling I tried first was a dud as it gave me early hook and a lot of weak 10-pins.

But then Roto Grip's Chris Schlemer advised me to try something seemingly radical — the pin quite a bit up above my ring finger with the mass bias kicked a bit to the right of the grip.

The result was a ball that on heavy oil rolled hard and kicked strong without making a hockey stick type of move that’s too hard to control.

When there was so much oil nothing else I had would react, the HYPER CELL would: It was the only ball that kept me in contention at the 2014 USBC Senior Masters.

I did a Storm CRUX that way but it’s proven to be more of a house shot ball, where the HYPER CELL was better on tougher shots.

The Roto Grip SINISTER, which I reviewed here, is a step down from those two balls, as I said in my review here.

When I switched to 14 pounds, I ordered a SINISTER because I like how it rolls — it definitely is in play on more conditions than the HYPER CELL or CRUX.

The new Roto Grip MENACE puts a solid coverstock over the Cage core used in the SINISTER, which has a hybrid cover.

I immediately thought of the drilling I used in the HYPER CELL and CRUX for the MENACE and it turned out to be a great decision.

Based on my PAP number of 4 inches over and 5/8 up, the MENACE numbers are 5 3/8 pin to PAP, 2 3/4 mass bias to PAP, and 1 1/4 pin buffer. (For ball motion purposes, ignore the small weight hole above my ring finger — I drilled it only to make the ball static weight legal after drilling the fingers super deep wasn't quite enough.)

My first uses with it were on the house shot for the pro-am and the PBA50 Viper pattern for the tournament at the PBA50 Treasure Island Resort and Casino Open.

The 3,000-Abralon finish really forced me into a stand left-throw right mode on the house shot and was simply too much for the PBA50 Viper.

Then while I struggled in the first round of the PBA50 tournament, Ron Mohr blasted them with a MENACE. After I chatted with him a bit that evening, I decided to shine my MENACE in the morning and then lightly touched it by hand with a 2,000-Abralon pad.

The MENACE still was a tad jumpy on the PBA50 Viper at the start but I switched to it early in game three and rolled from there to an 1,822 8-game block, more than 200 pins better than my first block.

The reaction I had with the MENACE was beautiful — I was able to send the ball wide from around 15-board at the arrows and it returned with strong but controlled and continuous motion through the pins, providing excellent carry.

The lanes were touchier in the Cashers Round the next day and it didn’t work as well but the same strong but controlled and continuous motion was there.

At the USBC Senior Masters, the pattern was flatter with a lot of hook in the middle and not much free push from the pattern.

Not much worked for me — I only had one string over a turkey in 15 games and missed the cut by 41 pins — and the MENACE was not nearly as effective as on the PBA50 Viper.

My carry was poor with everything I tried, with most hitting too weak. For the MENACE that typically came from burning too much energy and leaving weak 10-pins, and mixer 7s.

On the burn, I could see it get out to the breakpoint, turn and quit for a weak 10 or 2-pin combination if I didn’t roll it really well.

It’s clear to me that the MENACE will be a great ball when there is skid up front that lets it retain energy. A shiny cover with just enough light surface to take off the gloss looks best for my moderate speed and revs.

I can’t wait to try it on some softer conditions where I am expecting its roll pattern to produce lots of strikes.

A rougher cover should work great for people with higher ball speed.

As I said, it rolls like the SINISTER — it should since they have the same core — but is a bit earlier and smoother with the solid vs. hybrid cover.

I would highly recommend it for anyone looking for that striking monster for league and tournaments on softer shots, and it certainly has its place on Sport patterns, as it showed me on the PBA50 Viper.

Just look for signs that it's time to put it away, such as weak 10s and 2-pin combinations on shots in the dry that tell you it's burning too much energy! 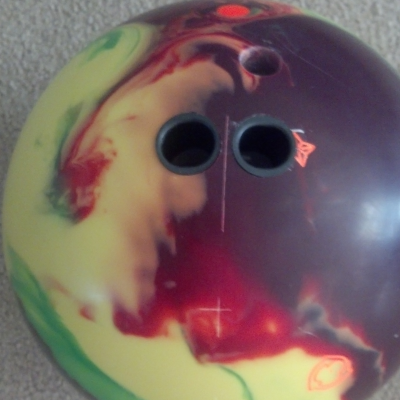 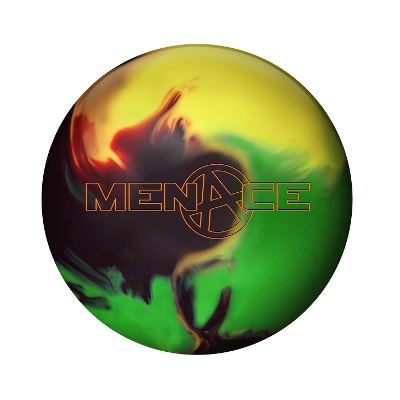 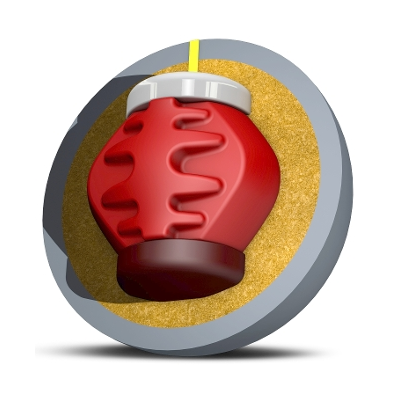