The original CRUX is a ball that has grown on me over time.

If you read the review of the CRUX I posted in November here, you know that I struggled with power of the CRUX and its ERG coverstock and asymmetrical Catalyst core, and could only use it after shining it.

However, the shine gave it some wicked motion for my moderate ball speed and I have since discovered that the CRUX works great for me roughed up on heavier oil patterns. I’ve used 1,000 Abralon and 1,500 Turbo Sandbagger and the traction is especially valuable on broken down house shots with a big puddle — I can move into the oil with the CRUX and smooth out the wet/dry reaction — and also has allowed me to get ball motion on high volume, long Sport patterns where most of the stuff in my bag was too weak.

In other words, I’ve come to see its value was in its original design intent — imagine that! I just didn’t run into the correct conditions and wanted to get a review out quickly after being so late with it due to my injured glute muscle last fall.

Seeing how strong the ball motion was for the original CRUX shiny, I was wary of the CRUX pearl, but ordered one because when the CRUX works it is devastating, which indicates that the core will fit my game.

The bottom line is that I approached the CRUX PEARL with an open mind. I also consulted with my doubles partner, USBC Silver coach and Elite Pro Shop owner Steve Richter on a drilling. Steve knows my game as well as anyone and is a supreme technical whiz.

Steve also struggled a bit with the power of the CRUX, which he went pin up with, but he went pin down with his CRUX PEARL and loves it.

Steve described his CRUX PEARL as “the closest thing” he’s seen to the ANARCHY, which got me excited because the ANARCHY was a favorite of mine.

I loved my pin down pearl Roto Grip DERANGED, so for my CRUX PEARL I went with the pin under my bridge and about a 60 degree drilling angle, which produced numbers of 3 7/8 inches pin-PAP, 5 key (MB)-PAP and 4 3/4 pin buffer based on my PAP of 4 inches over and 5/8 up. (Because the CG is not in line between the pin and key, it didn’t need a weight hole.)

I first tried it on Kegel Turnpike, a relatively low volume, medium length Sport pattern we are bowling this round on in the Ten Pin Alley Bullseye Masters League.

The CRUX PEARL was OK on the fresh, but a tad strong. The Storm ROCKET was better, and the HY-ROAD PEARL best to give you an idea how much hook Turnpike has.

The tournament I wish I had taken the CRUX PEARL to was a recent PBA50 Regional on Cheetah, but I had a full trunk for that weekend of tournaments on three different patterns so I had to make choices.

That’s because it excelled in a Senior Scratch Bowlers Association tournament on a house shot on Brunswick synthetics in Moline, Illinois. My blog on the SSBA event is here.

I started crossing the arrows between 10- and 15-board and slowly migrated in to around 15, with plenty of miss room at my breakpoint. In fact, it was shocking at first how much miss room — not just for recovery as it was a house shot after all, but recovery with retained energy at the pocket.

The CRUX PEARL rolled strong but controllably and carried excellently. I had several dig 10s, a couple of trip 4s, and mixers carried well. That doesn't happen as often when you're 52 as it does when you're 22, 32 or even 42.

On shots missed right in the dry, it turned quickly and rolled strongly into the pocket without overreacting — I had numerous shots that I were sure would go high that just rolled flush into the pocket. The motion is a strong and angular turn, but not a snap that makes you feel like it’s out of control. It's more like a hockey stick than a parabola.

Dropping down to more of a spinner release produced a sharper break, but the motion from the breakpoint still was what I would describe as hard roll as opposed to the sideways snap you might see in something like a HY-ROAD PEARL.

It had no problem rolling in the oil until the pattern transitioned a lot and I got forced into the puddle.

Like most asymmetricals, the CRUX PEARL revved up nicely even when I missed it a little. On the flip side, that also meant it was more difficult to tweak the ball motion with release changes than it is with a symmetrical — something that typically has me favoring symmetricals as I am old school and like to tweak my release to tweak ball motion.

But when a ball rolls as good as the CRUX PEARL, I have no problem with such core dominance.

I would definitely compare the motion to the ANARCHY, which was one of the hardest rolling balls I've ever thrown. The CRUX PEARL definitely is not a skid-flip pearl. It’s also not as crazy strong as the Roto Grip HYPER CELL SKID, which to me doesn’t get down the lane near as cleanly.

The CRUX PEARL is just a really good, medium strength pearl ball that looks great for house shots because it handles wet/dry even when a pattern is fresh.

I’m not sure how it will be on Sport patterns for my moderate speed and 300 or so rev rate: I prefer symmetrical balls for Sport patterns and usually only throw asymmetricals when it’s rough surface strong ones to gain motion when symmetricals just aren’t strong enough.

But that doesn’t mean a lower rev stroker or high speed power player won’t like the CRUX PEARL on Sport patterns.

I’m convinced this is going to be a hugely popular ball for Storm for softer conditions, from tournament players to league bowlers just looking to shoot big numbers.

I haven’t changed the shiny cover because I’ve had no reason to, and because I’m generally not a fan of roughed up pearl balls. If I was going to be forced to use the CRUX PEARL on a Sport pattern, I think hitting it with maybe 2,500 Turbo Sandbagger would smooth the motion out to probably make it quite playable. 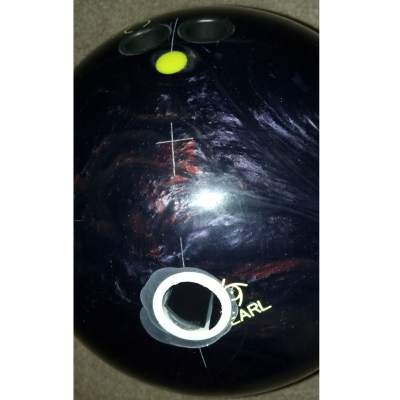 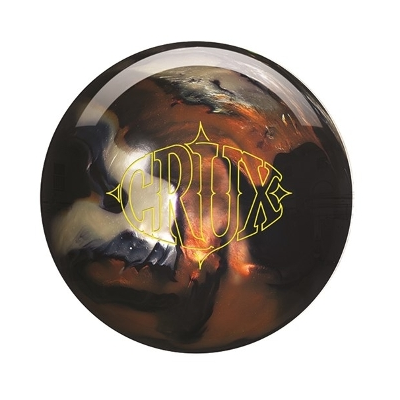 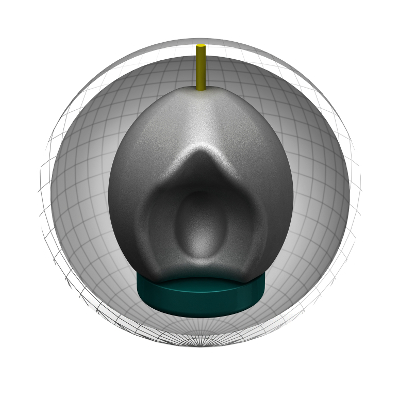