If you read my review of the Roto Grip HYSTERIA you know how much I love the ball, a solid I’ve kept in its original shiny state and continue to use often.

So I certainly was looking forward to getting my hands on its companion, the pearl UNHINGED with the shiny 60M pearl cover and Late Roll 69 core that was released to the public on Tuesday, Jan. 6, 2015.

The UNHINGED for me appears to have filled in a hole in my arsenal.

One ball I often had great success on in PBA competition on Cheetah (and other short patterns) was a Storm FURIOUS with a pin-in-the-palm drilling that allowed me to move in and swing it — too wide and it would hook quick and stop; in and it often would freeze while still rolling enough to strike.

However, that ball cracked one winter when it was sitting for weeks and weeks in my basement (I never rotated it as I should have) waiting for the next PBA Regional season to begin.

That loss broke my heart, even moreso as time has passed and I have not been able to find another PITP ball that comes close to the reaction of my FURIOUS.

I finally decided to make a more educated guess on a replacement by looking at tech specs, instead of just trying various new balls.

Last year, I tried a PITP in both the IQ TOUR FUSION and OUTCRY, but both hooked too early and didn’t give me the “boomerang” reaction the FURIOUS often did on Cheetah (or other wet/dry short patterns).

When I saw the numbers on the UNHINGED, I thought it might work — at 2.58 and 0.049 it’s above the FURIOUS in differential, which I thought might give me a flippier PITP version of the FURIOUS, which would be just fine.

And that’s exactly what it delivered, which may means it's a great ball for about any drilling for anyone looking for a pearl ball to go long and turn strong.

My first use of it came Dec. 18 in our Bullseye Masters League at Ten Pin Alley in Fitchburg, a center just over 10 years old with Brunswick synthetics.

We are bowling this round on the 35-foot PBA Cheetah Sport pattern that depending on the version — and there have been many over the years — ranges from incredibly soft to tricky and hard. Our version on Thursdays has been closer to tricky and hard with some hang outside and my high this round had been just 660.

But on the end pair of 31-32 on Dec. 18 there didn’t seem to be any hang, although 32 was its typical much more frictitious self — they are notorious for playing at least an arrow different.

That night featured a closing 300 game in a 767 series that was one of the more interesting 300s of the 69 I have rolled in my career, as I used the UNHINGED on lane 31 and an old Storm BARBED WIRE on 32.

On Cheetah, controlling the breakpoint front-to-back is more important than side-to-side as the ball can hook early and miss the headpin left or shoot by the headpin on the right.

I tried throwing the UNHINGED on lane 32 and it simply hooked way too much — the topography on that lane must be something else!

But on lane 31 it was perfect, providing me a nice shot crossing the arrows between 5- and 10-board throwing it at the gutter. If I got it near the gutter, it made a quick move and then slowed down. If I got it in and threw it well, it would lay off, especially as the night wore on and the lanes transitioned.

The feel was exactly what the FURIOUS used to provide me!

In the 300, I finished on lane 31 with a dig 10-pin and two flush strikes crossing closer to 10-board at the arrows going right.

I solved lane 32 with the trusty old BARBED WIRE, which was introduced in 2003 and remains in my arsenal because it’s probably the least hooking resin ball Storm made — at least in the last 15 years.

I almost can never swing the BARBED WIRE, but 32 hooked so much I was playing roughly the same line as with the UNHINGED on lane 31 and actually got two light mixer strikes on shots I got almost to the edge.

Even if the PITP UNHINGED never gives me much use outside of short patterns, I will consider the ball a total success for me as it filled a hole in my arsenal that had been there for a couple of years.

But it appears to also be a viable candidate for other medium to lower volume and broken down patterns as well.

An example was the low-volume USBC White pattern of just under 40 feet that we used in our City Tournament. My UNHINGED gave me nice roll from the track and a strong turn off the oil line that actually was too strong, with a mix of solid 9-pins, 4-pins and a ring 10-pin or two.

I would be very interested to see how an UNHINGED might roll with a more standard drilling.

I would say it seems to be similar to the HY-ROAD PEARL, but a tad weaker and smoother.

It should be a very good ball for anyone looking for that go long and turn strong pearl ball for light to medium volume and/or broken down conditions.

And don’t be afraid to try my PITP formula for short patterns. 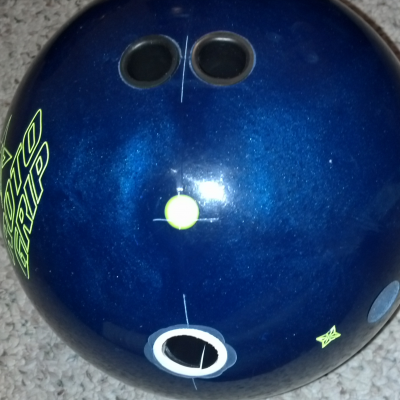 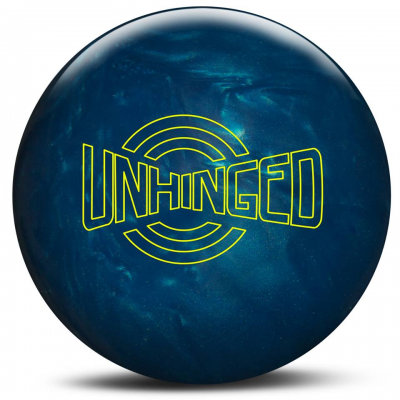 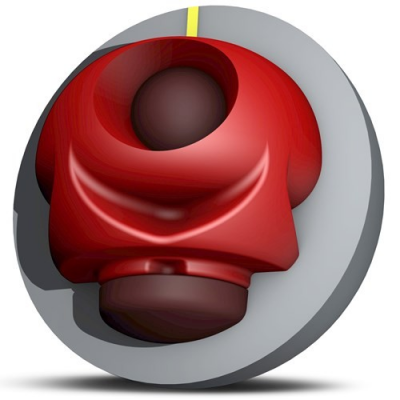