Non-resin urethane balls should be in every serious bowler’s arsenal for use on extremely short and/or low volume patterns.

I started bowling at a high level starting in the late 1970s, years before the first urethanes debuted, so I had years of experience with rubber (LT-48), polyester and urethane.

Even after resin debuted more than two decades ago, I still used urethanes like the Ebonite NITRO, Columbia WINE U-DOT and Faball BLUE HAMMER on a regular basis.

It wasn’t until I became a Storm staffer and started throwing Storm balls exclusively that I retired my urethanes for good.

There were times over the next decade or so that I really wished I could pull my BLUE HAMMER out of the basement, such as when bowling on the PBA Cheetah pattern, as Storm didn’t have a urethane like that.

Then Storm came out with the NATURAL urethane ball, which I used almost exclusively in making it to the semifinals of a PBA Regional on Cheetah not long after it came out.

The NATURAL’s only issue is it wasn’t quite strong enough to handle any significant volume of oil (for me at least) on even a short pattern. (The PBA Regional where I made it to the semis featured a Cheetah that was hooking quite a bit.)

I also got a SUPER NATURAL when it came out, but that urethane with a touch of resin also skidded too much in any significant volume of oil for me.

Storm has completely solved that issue with the PITCH BLACK, which provides the best urethane reaction I’ve seen since the glory days of my favorite urethanes two decades and more ago.

I make that conclusion after using it on fresh Cheetah-type short patterns, wet/dry house shots and well transitioned PBA patterns.

The Controll solid urethane coverstock handles today’s oils up to fairly significant volume IF there is some dry area.

It actually gave me a better reaction on the longer wet/dry house pattern and well transitioned PBA pattern than on the shorter pattern – playing the hold came easier for me than playing the hook.

The PITCH BLACK rolls strong and will dig out 10s and blow 5s if it’s thrown good. It will hook off the dry and stop when it gets to the oil on a longer pattern – that’s what was missing for me on the short pattern. By hook, think gradual move -— there is no snap to the PITCH BLACK!

I used it my final two games of the PBA50 Tour Fort Wayne Classic on the PBA50 Chameleon pattern that had broken down into a fairly wet/dry condition that was providing me lots of 9-counts with about everything I tried from an inside angle.

With the PITCH BLACK, I could hit the pocket virtually every shot moving back to playing straight up around 10-board and finished with a pair of games in the 230s, which was as high as I got that tournament.

With the basic Capacitor core in the PITCH BLACK I don’t think an exotic drilling will matter much. I have mine with the pin over the ring finger and the CG kicked a tad more right, and I get just an inch or two of flare.

(I am not providing numbers on my drillings because I just don’t know what to use for my PAP numbers. For years, I used old numbers that I know weren’t accurate and my re-measured numbers came on one of my experimental grips that I gave up on as I returned to my long-time grip. I plan to get re-measured when I get a chance.)

The PITCH BLACK works so well in its box finish that I have no desire to alter the 1,000 grit box finish coverstock. I also think shined up it would become too touchy in oil for me. I have seen no evidence of lane shine so far – and I have been using my PITCH BLACK for spares since I got it.

Other than those favored urethanes of long ago, I don’t know what to compare the PITCH BLACK to. It’s certainly much stronger than the SUPER NATURAL or NATURAL.

I’d recommend it for anyone who struggles with wet/dry conditions and is looking for some control and also for those who compete on short patterns. I’m sure it also would be good playing “defense” on a truly brutal pattern where keeping the ball in play and avoiding designer splits is important.

The only caution I would provide is that for me I needed dry boards to provide a good reaction – the couple of times I tried it on a fresh non-house shot with no defined dry area I had trouble finding a consistent reaction. 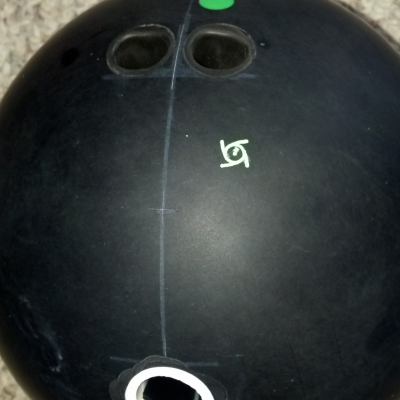 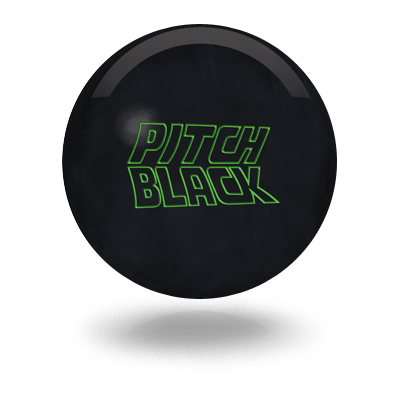 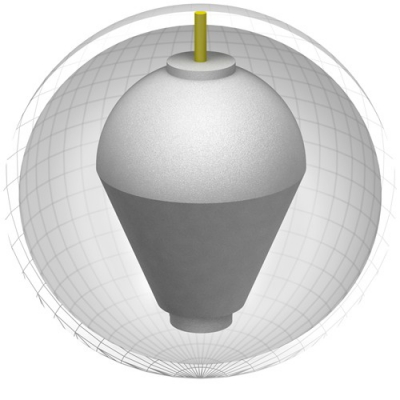