My teammate Gail Myers Jr. has been on me for a long time to have a shiny solid ball in my arsenal.

I had a favorite shiny SYNC, but with a pin-in-the-palm drilling it wasn’t usable on a wide variety of conditions.

I’ve tried a few other solids shiny over the last several months, most recently the HYPER CELL, but I tend to prefer hybrids and pearls shiny and haven’t found a solid of recent vintage that I really like shiny.

I think it’s because as I’ve gotten older and my hand slower through the ball, I find myself needing more skid to get my ball to the spot I want to get it to and pearls and hybrids naturally have more skid than solids.

When I heard the Roto Grip HYSTERIA was a solid that came shiny, I was very intrigued to get one and see how it rolled, especially after Roto Grip staffer John Brockland of Ray Orf’s Pro Shop in St. Louis said I would love the HYSTERIA. John is a fellow Raisin and a slower Tweener like me.

And boy was he right. Of the three new Roto releases, the HYSTERIA is my favorite by far.

I’ve been able to use it with success on everything from a transitioned heavy oil 47-foot PBA50 Scorpion pattern to an extremely hooking 39-foot PBA50 Dick Weber pattern and 43-foot PBA Regional Viper pattern once there was a little bit of play.

My drilling is a pin above the fingers with a strong angle of the CG kicked slightly right.

(I am not providing numbers on my drilling because I just don’t know what to use for my PAP numbers. For years, I used old numbers that I know weren’t accurate and my re-measured numbers came on one of my experimental grips that I gave up on as I returned to my long-time grip. I plan to get re-measured when I get a chance.)

The HYSTERIA’a 67MH cover in shiny form with Late Roll 69 core gets down the lane fairly easily for a relatively strong ball even on the hooking conditions I’ve used it on, but even shiny it handles oil well, as it did on the PBA50 Scorpion once it transitioned some at the PBA50 Tour stop in Hammond, Indiana.

The HYSTERIA doesn’t jump off the dry – the motion features a strong move at the breakpoint that is more a hard roll than an angular snap. One of its best features is that it retains plenty of energy and doesn’t tend to plaque 10 except when it deserves to.

Another thing I love about the HYSTERIA is that it rolls through the pins, keeping them low, which to me creates better carry than a ball that throws pins high and around (not that I do that much anymore anyway).

The HYSTERIA is stronger than a HY-ROAD PEARL and may compare in hook to a FUSION, but it gets down the lane easier and isn’t as strong in the midlane as the FUSION.

In last weekend’s PBA Regional in Des Moines, Iowa, the Viper pattern was very difficult with tons of hook in the middle, hang outside and little help getting the ball to the breakpoint. A ball like the FUSION was too strong to get to the breakpoint, but balls like the HY-ROAD PEARL and REIGN SUPREME weren’t strong enough to recover when they were thrown right as the pattern demanded. The HYSTERIA was in the small sweet spot in between, enabling me to swing it, get it down the lane and recover enough to cash a check against the kids.

The HYSTERIA is simply a great medium ball.

Overall, it’s one of the best balls I’ve ever rolled and I can’t recommend it enough. I can’t think of a style that wouldn’t be able to use it as it’s good on a variety of conditions and I imagine for a variety of speeds and rev rates.

If someone asked me to recommend one shiny Storm/Roto ball, it would be the HYSTERIA. 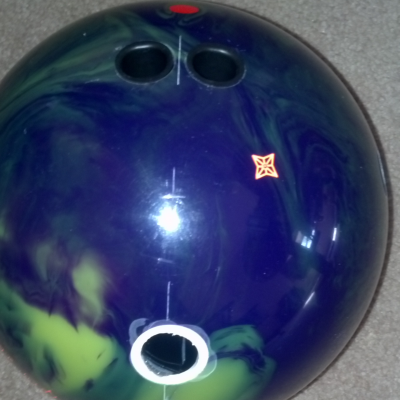 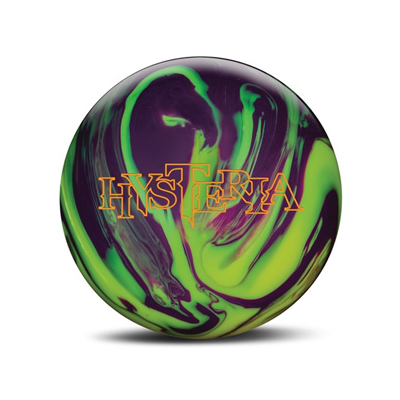 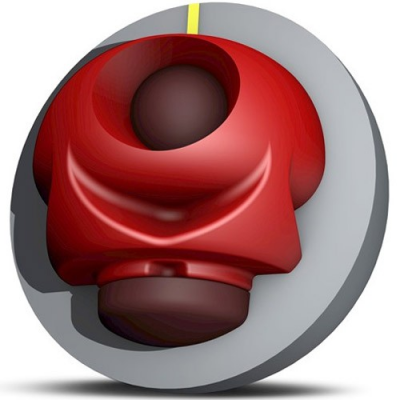