Update: I plugged and re-drilled the strong FUSION to put the pin over the bridge and CG in the grip center — a simple stack drilling. This gets it down the lane easier for my slow speed and moderate revs than the strong drilling. It retains energy better and makes a strong move. I still would recommend the strong drilling for anyone who doesn't have slower speed like me.

Unlike so many bowlers, the IQ TOUR solid simply wasn’t good for me, as I explained in my review here.

But the IQ TOUR PEARL “Gold Magic” has been one of my favorite balls of all time, particularly on house shots. So long as there is not a huge puddle in the middle, it’s one I’ll always try on a house shot. And I have used it some on Sport shots — there just needs to be some dry area for it to work. My review is here.

Storm said the key to the PEARL was that it created a lot of entry angle with a long transition, which usually isn’t seen. That's an excellent description of the motion!

The IQ TOUR FUSION fits right between the two, just as it was designed to do. The core is the same as the other two — the C3 Centripetal Control Core, "which is engineered to yield ample midlane roll and smooth out the transition.”

The FUSION makes the same basic move, but with the hybid cover it is intended to be less sensitive to oil than the PEARL and it is. Storm says the surface roughness of the new R2S hybrid mixture on the FUSION is about 12 percent higher than the PEARL.

Luckily for me, it is not as early as the IQ TOUR solid, which was so aggressive it typically forced me inside too quickly, too often creating a 4-pin/2-pin reaction.

I drilled two FUSIONs and have used them on house shots, the USBC Blue 1 pattern, a Kegel version of the flat PBA Bear pattern, and a WTBA Sport pattern that is very similar to PBA Cheetah.

The other is a pin-in-the-palm, a drilling that often has been great for shorter patterns like Cheetah, as it blends out the often wicked over/under reaction, enabling me to swing it to the dry boards without it jumping high and get it in the oil without a squirt-snap reaction. The numbers are 5-1/8 pin to PAP, 3-3/4 “mb” to PAP, and 5-1/8 pin buffer. The weight hole is on a 45-degree line down and right from my CG.

I’ve had much success with that drilling in other balls like the FURIOUS and SPECIAL AGENT on short patterns. And the FUSION worked great in the tournament I used it at, giving me control and striking power.

The FUSION’s coverstock is noticeably stronger than the PEARL for me, but with more skid the original IQ TOUR solid. If anything, it is stronger than I expected. I have to really get into a deep puddle to see it skid too much to make the corner, which happened frequently with the PEARL if there was too big a puddle. And the FUSION rolls very heavy through the pins if it hasn't rolled out. Where the PEARL was skid, move, and sometimes quit, the FUSION is much more of an even and more continuous motion unless it's totally thrown to the dry and quits.

I especially like how the pin-in-the-palm one rolls, even on conditions where I often haven’t used that drilling in the past, such as the flat pattern in the league I bowl in.

I have not touched the coverstock, but my doubles partner and ball guru Steve Richter said he hit his with a 3,000-grit pad and it rolled even better. So I may try that. The R2S is famous for working well with any surface treatment, so change the FUSION with confidence.

Even without changing the cover, I've found the FUSION to be usable on everything but very heavy oil with no dry area and very dry or burned out conditions. It's extremely versatile.

I think it’s real simple to say who will like this ball: If you liked the other IQ TOURs, especially the PEARL, odds are you are going to like this one. If you didn't like them, you probably should look for something else. If you liked one and not the other (like me), the FUSION probably is worth a shot.

I have a feeling the FUSION is going to be a contender for 2014 Ball of the Year. 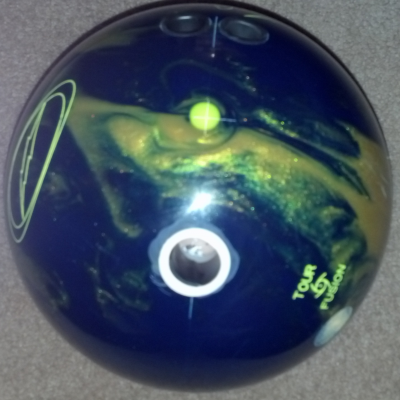 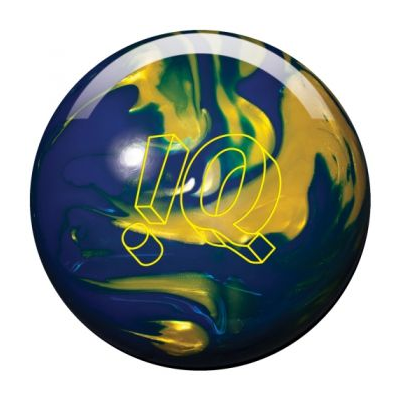 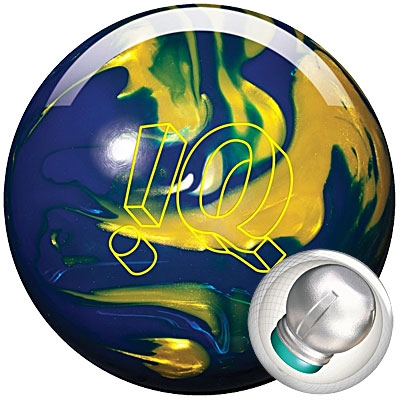