I've had some good success with both the MARVEL and the MARVEL PEARL so I was very interested to see what the MODERN MARVEL would offer with a R2X hybrid coverstock that should place it between those first two balls.
I drilled both my MARVEL and MARVEL PEARL with stacked drillings with the pin over the bridge and CG close to my grip center. I've won tournaments using both balls, but the MARVEL PEARL has proven to be fairly conditional and I've plugged it and will be re-drilling it to hopefully get wider use out of it. The MARVEL, though, gets a lot of use on tight fresh conditions where that drilling helps me get the ball down the lane and get some turn at the corner even when I have it at 500 or 1,000 Abralon. I have no other ball that gives me the reaction it does.
The FRANTIC has become my all-time favorite shiny Storm ball and I elected to drill the MODERN MARVEL the same to see if it would give me a rougher surface ball with similar characteristics in heavier oil.
That drilling is my middle finger hole drilling out the pin and the CG kicked right at about a 60-degree drilling angle.
The specs are pin to PAP of 5 1/2 inches, PAP to "mass bias" of 2 3/4 inches, and pin buffer of 4 3/8 inches.
I've thrown it so far on a wet/dry house shot on 9-year-old Brunswick synthetics that hook a lot, the Team USA London Sport pattern at the same center, on USBC Blue 3 on slightly older Brunswick synthetics, and on a very heavy oil, modified house shot hat started out very tight but broke down into a very easy condition and then a wet-dry tricky condition.
It was OK on the house shot but definitely would not be my first choice for that, which is what I expected. But it excelled on all of the other patterns, rolling smoothly in the oil, giving me a little miss room to the right at the build-up spots on fresh oil, and smooth reaction off the dry once the lanes opened up. This could be a great ball for the fresh at this year's USBC Open Championships!
I had 700-plus on the London pattern in our league, finished third in the Madison Bowling Association Masters on USBC Blue 3 using it most of the way, and averaged 240-plus with it in the doubles tournament on the modified house shot using it through five games of qualifying with 10 on a pair.
As long as it has some oil in the front of the lane, the MODERN MARVEL retains plenty of energy to roll hard through the pins. And I could move into a puddle of oil and not fear that it would squirt. And this was with box finish of just 4,000 Abralon – going down to 2,000 or 1,000 should provide even more oil traction if that's what you want.
The one thing you won't get with the MODERN MARVEL is that instant rev-up dynamic of the asymmetrical NANO-type balls. With its symmetrical Centripetal core, this is more a ball where you control where it revs up and how much, which is great if you're looking for a ball you can manipulate with release tweaks, something I prefer.
I have a feeling the MODERN MARVEL is going to prove to a big favorite of mine.
The bottom line is that if you like the MARVEL line, you will like the MODERN MARVEL as well. 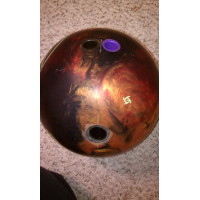 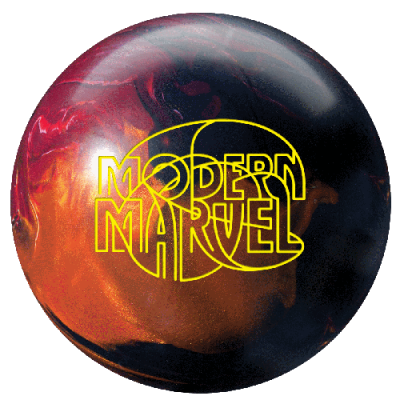 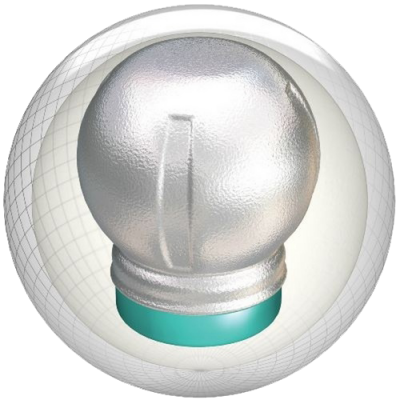