While the SYNC may have been too strong for some bowlers, I loved it from the start and ended up drilling three — one VLS for control on wet/dry conditions or tight tough patterns, one high pin one for softer/open conditions with plenty of oil, and a pin-in-the-palm I keep shiny that is great for circling the lane. (I still have all three.)

That being said, I often thought how great it would be to have a pearl coverstock on the SYNC core with the core tweaked so it could get down the lane easier while retaining the hard rolling characteristics of the SYNC.

And then Storm announced the BYTE and it was like they were reading my mind.

You can hear Storm technical wizard Victor Marion on Above180.com discussing how the BYTE is designed to not need so much oil with a higher RG and lower differential but the same weight block shape, and a different cover.

I got one BYTE and drilled it with a weak pin to help me keep my angles straighter through the front of the lane — the last thing I wanted/needed was another stand left/throw right shiny ball.

The pearl ERG coverstock —- similar to the NRG but without the Nano additive, making it closer to a pure reactive — and G2+ core aim to yield “a strong change of direction at the breakpoint, giving you more angle to the pocket and better pin carry,” according to Storm.

Compared to the SYNC, that most definitely is true. But with my weak pin, I am able to use fairly square angles with great control.

I’ve found the BYTE to be good on soft and hard conditions and very usable on fresh conditions so long as they aren’t too oily and there’s a spot to generate some roll.

The motion is definitely a strong roll that keeps the pins low — it isn’t a ball my old bones and 3-operation wrist can generate messengers with.

Another good thing is that (like the SYNC) when the BYTE is done working (or doesn’t work) it lets you know with less than optimal reaction to the pocket and/or weak hits at the pocket. The perfect example was in our recent MBA Senior Masters, where I started spare, 8-bagger and then completely lost reaction with the BYTE and had it out of my hands by the middle of the second game.

I consider this to be a good characteristic of balls because one of the worst things is to have a ball that is close to good so that you choose wrongly to use it or use it too long, costing you valuable pins.

I have not changed the cover on the BYTE,  leaving it box shiny since it works so well that way.

I already have ordered a second BYTE and will drill it stronger. That order is the best endorsement I can provide.

Update: I got my second BYTE and drilled it strong — pin over bridge with about a 60-degree drilling angle. And it is very strong. It might be the strongest pearl ball I've ever thrown. The difference in the two BYTEs I've drilled indicate how much how you drill a ball matters, especially a ball with a strong core!

I think the BYTE will be good for all styles, especially those with less power who will enjoy the strong roll.

If you were someone who couldn’t use the SYNC, I would be cautious with the BYTE but wouldn’t rule out trying it as it definitely is different. The key will be whether the SYNC was simply too early or whether you didn’t like the motion. If it was too early, the BYTE might be great for you. If you didn’t like the SYNC motion, I’d probably avoided the BYTE. 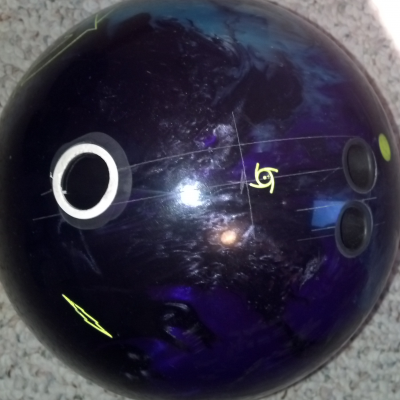 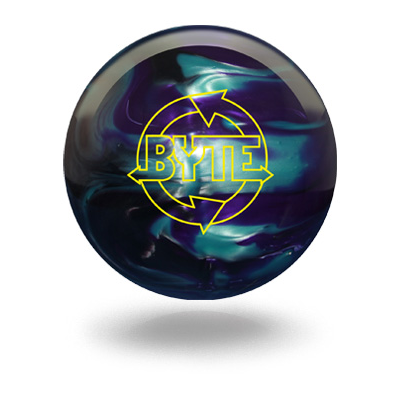 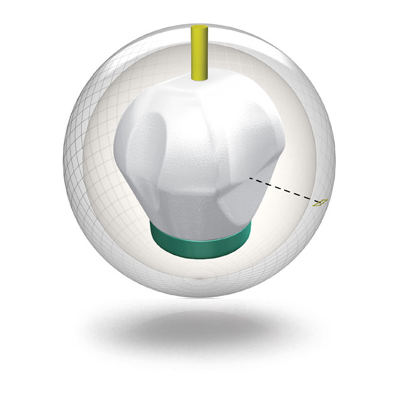