I’m a huge fan of the REIGN SUPREME and still frequently use one I have hundreds of games on, as it’s great on hooking/broken down patterns that don’t feature a big puddle. It gets tons of use in PBA competition on Cheetah and Viper, particularly.

So a big sell job wasn’t needed when I heard about the REIGN ON, another ball with the awesome R2S (hybrid) coverstock (updated I believe in the years since the REIGN SUPREME was released) and C.A.M. (Continuous Axis Migration) weight block.

The C.A.M. symmetrical weight block is “shaped to create a steady migration of the axis throughout the lane” producing “a more consistent amount of flare even when you aren’t as consistent as you’d like,” according to Storm.

And that’s exactly what the REIGN ON has delivered for me so far, which is both good and bad — just as with the REIGN SUPREME.

I drilled my REIGN ON fairly weak, with the pin above and left of my middle finger and a strong drilling angle back through my grip. My goal was a smoother motion than my REIGN SUPREME.

My REIGN ON has absolutely excelled at times, most notably when I bowled on a very wet/dry house shot in our Senior City Tournament, and every ball I tried game me brutal over/under. The REIGN ON blended out my motion and gave me a 269 finale with 12 flush hits — yes, I wish I had pulled it out earlier!

However, at other times it has been useless, either providing nowhere near enough motion or weak 9-counts galore when getting to the pocket.

But that is fine by me as it has filled a niche in my arsenal — a ball for wet/dry conditions (without a giant puddle) and one that provides me controlled motion without any sharp movement.

The cover has taken fine to tweaking to different textures from 1,500 to the box 4,000 — not surprising since it’s R2s! (I have not tried it shiny since that’s what my REIGN SUPREME is.)

I’m sure a stronger layout would yield more reaction, but I don’t have any interest in that with this ball.

(UPDATE WARNING: I have received a report from a bowler who drilled a REIGN ON much stronger with the pin over the ring finger that it made a much stronger move on the back-end.)

I think the REIGN ON should be great for big-hand players and anyone else looking for control. It might even be great for strokers as it might let them play straighter than a lot of balls would.

But if you’re looking for a skid/flip ball that makes that pronounced move, the REIGN ON is NOT for you. 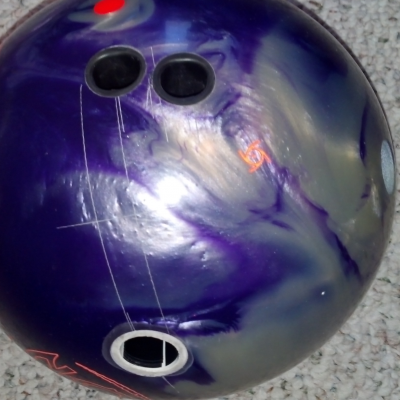 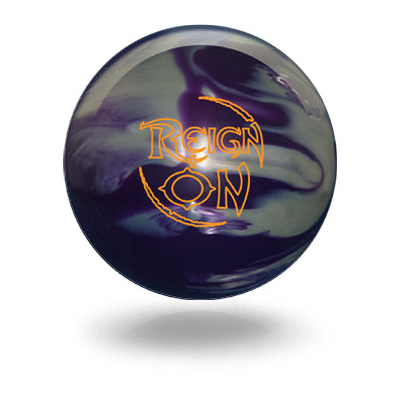 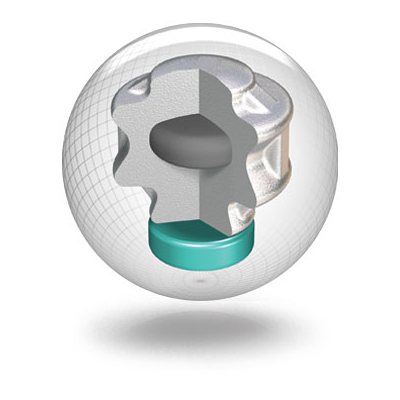