The CROSSROAD is a very interesting ball for me because the FRANTIC has quickly become my all-time favorite Storm ball for non-fresh conditions but the HY-ROAD was a ball that frustrated the heck out of me.
I can pretty much throw the FRANTIC on everything but fresh oil, where I use something with an Abralon'd surface, and it excels on conditions ranging  from trashed up tough patterns to wet/dry broken down house shots.
The ultra popular HY-ROAD was an all or nothing ball for me – and I tried 5 different drillings (with plug and re-drills) and every surface possible. I had a couple of times where it was an awesome ball for me, but all too often the HY-ROAD's quickness at the breakpoint produced too many ring 10s, solid 9s, and 4s, or plaque 10s. With my moderate speed, I like balls that make a more gradual move at the breakpoint, or at least continue if they are sharp at the breakpoint (like the FRANTIC). I believe that allows me to manipulate reaction easier with release changes.
The VICTORY ROAD PEARL (pearl R2S cover) was similar to the HY-ROAD for me – just too quick at the breakpoint and all or nothing when it came to carry – but I have had some decent success with the VICTORY ROAD SOLID (solid R2s cover) so I was intrigued to see what the hybrid R2S cover would do paired with the VR Inverted Fe Technology weight block core.
After pondering a drilling for some time, I went with something I have not used in a while – the old 45 degree drilling, which I hoped would give me something that rolled early and strong in a symmetrical shiny ball. That should be a good reaction for wet-dry house shots and for playing along an inside oil line on a transitioned shot where my FRANTIC was perhaps too flippy/sharp.
The pin ended up above my bridge, with the CG kicked to the right. My pin to PAP is 5 inches, my PAP to "mass bias" is 2 3/4 inches, and my pin buffer is 4 3/8 inches.
I've thrown it so far on a wet/dry house shot on 9-year-old Brunswick synthetics that hook a lot, the Team USA London Sport pattern at the same center, on USBC Blue 3 on slightly older Brunswick synthetics, and on a broken down, very wet/dry house shot that started out very tight.
So far, the CROSSROAD definitely has been different from both the HY-ROAD and the FRANTIC, rolling much more evenly than either of those balls.  That may be the drilling or it just may be how it rolls. Once it gets to the breakpoint, it turns and rolls forward into the pocket with no jerky motion. This may sound weird, but it seems like a large ball when it rolls into the pocket – sometimes very sharp moving balls seem small going at a big angle though the pocket to me. (Yes, I am odd.)
This is both good and bad depending on what you are looking for. I would say everyone looking for a strong rolling shiny ball would like the CROSSROAD. It seems very forgivable on release variation from what I've seen.
Just don’t buy it if you want major skid/flip reaction – something like the VICTORY ROAD PEARL or FRANTIC is better for that.
The CROSSROAD most excelled on the heavy oil modified house shot that had tons of games on it (10 on a pair 5 games and 2 on a pair 2 more game) and had broken down into a wet/dry very tricky reaction. I was able to roll it into the puddle and have it still roll through the pins. And so long as I didn't really grab it, I could get it a little bit early to the dry and it would roll into the pocket and not jerk high.
The FRANTIC was very workable on this condition but the smoother CROSSROAD provided me more control and better carry as I carried my partner up a stepladder of a doubles tournament to the title match, where we lost.
It has struggled without dry boards so far, but I'm sure that would change with a surface tweak as the R2S covers are versatile with tweaks.
The best ball motion comparison I might have to an older Storm ball is the SCREAMIN BANSHEE, which was a great rolling/continuous ball for me. 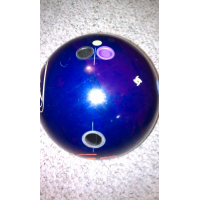 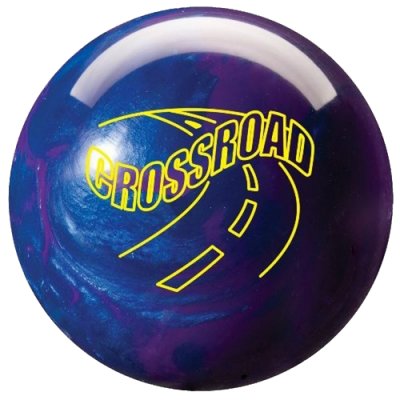 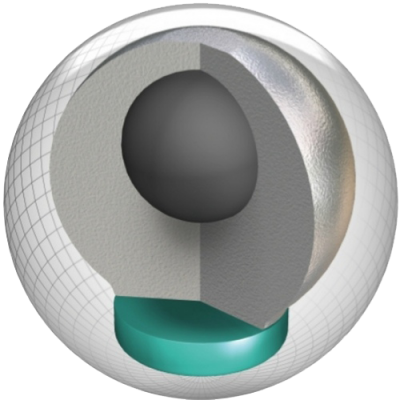