When you’re a guy with slow to moderate speed and a rev rate that probably barely cracks 300 on a good day at age 57, you probably shouldn’t get too excited about balls designed by a guy with high speed and an atomic rev rate around 600.

So I wasn’t surprised when the Jason Belmonte-designed Storm TIMELESS baffled me, as I explained in this review.

But I was pleasantly surprised when the follow-up DRIVE provided me a great reaction on certain conditions where pretty much nothing else did, as I explained in my review here.

The DRIVE remains in my tournament arsenal for tough conditions, though I generally don’t bring it for house shots, as its nano cover makes it pick up too much in the dry.

But I have to admit I was skeptical when I heard the initial raves about Belmo ball No. 3: the PRO-MOTION.

After throwing it, I have to say I’m a believer.

The PRO-MOTION features the Spec solid coverstock that debuted in the CRUX PRIME. But the symmetrical Piston core gives the PRO-MOTION a totally different reaction than the early and heavy rolling CRUX PRIME.

I chose my favorite pin-up strong drilling for my PRO-MOTION. With my PAP of 4 7/8 over and 5/8 up, the numbers for this ball are: 5 pin-PAP, 3 7/8 MB-PAP and 3 3/4 pin buffer. It has no weight hole as I am trying balls without a weight hole under the new USBC option, then adding a weight hole later if needed to change reaction.

My first game with it was a 279 in my first match of match play in the PBA50 South Shore Open in July, as I detailed in this story.

The Don Carter 39 lane pattern got tighter in the second day of qualifying and tighter still on the final day, which featured a cashers round, two rounds of match play and the stepladder finals.

My PRO-MOTION had been in my trunk the first days, but when I walked in for the first round of match play (I had a bye through the cashers round), Storm Tour rep Matt McNiel told me they were tighter and as we discussed things, he agreed the PRO-MOTION would be worth trying.

I had yet to throw it and didn’t know what to expect, but the box finish 2,000-Abralon finish was perfect, providing me a predictable but not too early reaction up around 10-board on the fresh Carter pattern.

I started the next game with a 3-bagger, a 2-8-10 on a bad shot, a double, a pocket 7-10, a spare, a strike, and a bad shot for spare to turn what should have been another good game into a mediocre game.

The next pair was squirrelly and the PRO-MOTION was done for the day.

My next competition was about a month later in the 11thFrame.com Open on the high-volume modified version of the 2015 U.S. Open pattern we use.

I crushed my PRO-MOTION with a 500-grit CTD pad and it was great from a direct outside line, providing nice down lane pop and a lot of strikes in a 429 start the first two games that included three opens.

It eventually got so lane-shined that I switched to a Roto Grip IDOL PRO also hit with a 500 pad, but the smoother motion of the IDOL PRO cut down my carry. I would love to have been able to re-hit the PRO-MOTION, but our governing body isn’t as enlightened as World Bowling, which allows between game surface changes.

The IDOL PRO is comparable in total hook with same surfaces, but the motion of the IDOL PRO is more of an arc, while the PRO-MOTION will provide some kick down lane, even with 500 grit.

The PRO-MOTION motion I liken to a fish hook: it gets to a spot and makes a turn that isn’t quite a flip, but is more than an arc.

It retained that motion on heavy oil with heavy surface, and lesser oil once it lane-shined.

I haven’t tried it, but I would bet with some shine it could handle moderate  oil just as well, especially for someone rev-challenged like myself.

Even though the Spec cover is very strong, the PRO-MOTION doesn’t jump off the end of the pattern, and so long as there is some oil left in the fronts and the mid-lane, it gets to the spot fairly easily.

And on a wet-dry house shot I practiced on, I could get left and send it as far right as I wanted and it returned.

I cannot imagine any bowler who would not like the PRO-MOTION, except perhaps the Belmo haters who would rather hate then strike.

This is a ball that is in my bag evert time I bowl now — and probably for a long time. 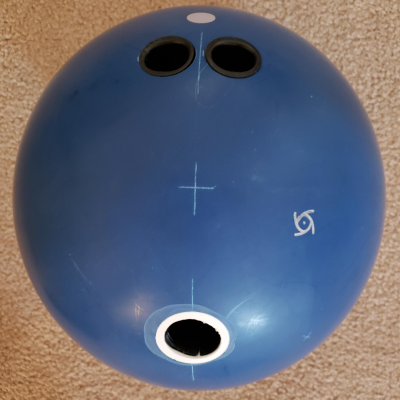 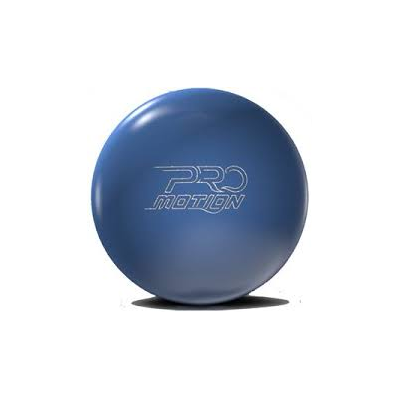 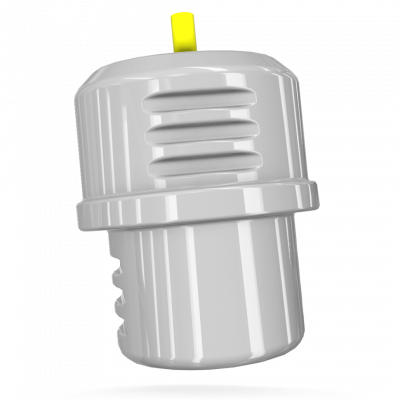