When the TIMELESS came out, I really thought it was going to be a great ball for me: With the high differential-high RG Dual-Drive weight block and R2S cover I’ve loved on numerous balls, I figured it was a ball I’d be able to get in and get around with.

But the 1,500-grit polished box finish produced a reaction that was too tough to control for my slow speed and moderate revs. One shot would jump high on me and my adjustment would shoot through the breakpoint for a super washout.

I took it down to 2,000 Abralon and that got me control of the reaction, Unfortunately, the TIMLESS was about the best-rolling, worst-carrying ball I’ve ever thrown. It was as frustrating as I’ve ever experienced with a ball: flat 10, 4-pin, solid 9, mixer 7, etc.

As I wrote in the lead to my review here: The TIMELESS is a ball that teases me and that I really want to love, but it just keeps playing hard to get.

My conclusion was that what I really needed for my game was a stronger cover for the Dual-Drive core.

Enter the DRIVE, which puts an R2S Nano hybrid coverstock over the Dual-Drive, and for me does exactly what I was looking for.

And the DRIVE quite clearly works for players very different from me: As I detailed in this story, big-time power player Derek Eoff last month won the Madison Area Bowling Association Masters for the fifth time in six years, using a DRIVE to blast 1,546 for six games of qualifying and 279 in the title match.

After a mediocre first game, I switched ends, saw what EOFF was doing and pulled my DRIVE out and rolled 233 and 236 (with a missed 10-pin) before it started burning too much in the dry that was developing on the modified house shot.

I saw the same thing the next day in the Super Bowl Doubles, which featured a heavy oil modified house shot: My DRIVE was great on the fresh but when the track blew open it just hooked too quick in the dry — as most nano cover balls do for me with my slow speed.

But on fresh oil where there isn’t total dry to the right, the DRIVE gave me motion no other ball did. This does not mean other balls in my arsenal wouldn’t work — it means the DRIVE was both strong in the midlane and strong downlane in a way I’ve not seen from other nano balls like the VIRTUAL GRAVITY NANO and HY-ROAD NANO. Those balls are more what I call floaters: making a smooth, controlled move with no discernible change of direction.

I simply have found the DRIVE to be more angular than I thought a nano ball could be.

I chose my standard pin-up strong drilling with the pin over the bridge and the CG kicked right at about a 60-degree angle for my DRIVE. With my numbers of 4 over and 5/8 up, the ball numbers are 4 1/2 pin-PAP, 3 1/4 MB-PAP and 3 pin buffer. It has a small weight hole on the grip center line to get it static legal.

The DRIVE comes with a 3,000-grit Abralon box finish and that has been plenty, with the only adjustment I’ve made being touching it up with a 2,500 Turbo sandbagger to keep it about the same.

It has been best on non-house shots, as it doesn’t do well for me on wet-dry.

It might be a little too much motion for the toughest Sport-level shots where you typically want the smoothest motion you can find to keep the ball under control.

But if there’s a tougher shot — even Sport-level — where a key is to get some down-lane motion out of an early-reading ball, the DRIVE is coming out of my bag!

I do not know what ball I could compare the DRIVE to. The HY-ROAD NANO is much smoother and less dynamic — but keep in mind that the 14-pound for the HR NANO is much less dynamic than the 15 and 16 by its core numbers.

The DRIVE motion is somewhat reminiscent of the MARVEL-S, one of my all-time favorites that I still have in my arsenal. But, of course, the nano cover makes the DRIVE stronger.

I would recommend the DRIVE for any bowler who bowls on conditions that aren’t toasty dry to the outside, although high speed players might be able to use the DRIVE even on wet-dry conditions.

I have not shined my DRIVE but have a feeling that shiny it might really turn into a downlane monster. I prefer it rough for fresh oil, though, as it gives me motion no other ball in my arsenal does on fresh oil with no big dry area.

One caveat: I do not see the DRIVE as a ball where you get left and send it right and open up the lane. Maybe those with more hand than me might be able to do that, but I’ve always found nano balls to perform best when kept tight to or in the oil, making sure they retain energy. 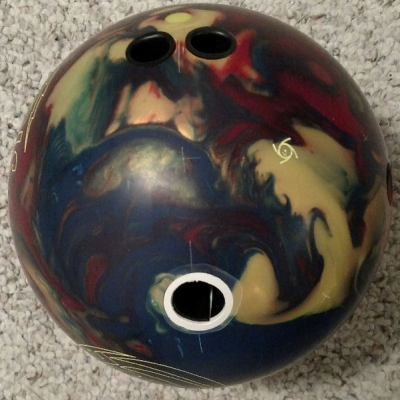 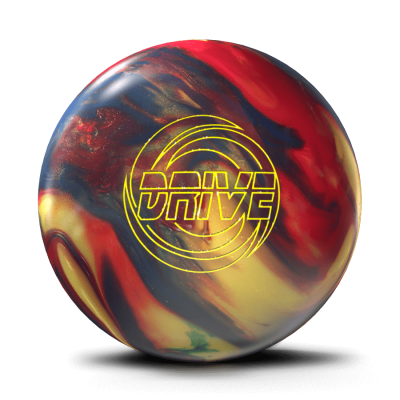