When I reviewed the original Roto Grip SHOW OFF with the Hotshot symmetrical core and ultra-strong Micro DNA solid coverstock that was used in the original NO RULES, I wrote this in my review:
The one thing I want to do with the cover that I haven’t had a chance to do yet is shine it and hit it with a 4,000 pad to see how much motion it produces and how well it handles oil. My hope is it would be a slightly less aggressive version of the NO RULES PEARL I love.

Before I had a chance to do that, along came the ALL-OUT SHOW OFF, which puts the Hybrid Stoked cover over the Hotshot core, with a 1,500 grit shiny box finish.

This is another ball with HP4 line technology in the very affordable HP2 line.

I was fearful at first that it would be a ball that squirted in oil and it absolutely has not, although it definitely isn’t a great ball for heavier volumes of oil.

As I do with all balls that come box shiny, I hit it with a 4,000 pad to knock the gloss off before using it.

I used one of my favorite drillings of pin in the middle finger and CG kicked back to the right at a strong drilling angle. With my PAP of 4 over and 5/8 up the numbers are 4 3/4 pin-PAP, 4 5/16 pin-MB and 4 pin buffer. It has a small weight hole to get static legal.

Not surprisingly, the ALL-OUT SHOW OFF will go long and make a sharp move when thrown out to the dry area of a house shot, but the motion is not skid-flip with my drilling and the 4,000 surface.

What surprised me is that when I have gotten it in the puddle of a house shot, it hasn’t squirted as I expected, and it still goes through the pins strongly.

That was seen in one of the first times I used it at the SSBA GIBA 50-50 4-Man on a medium volume house shot. After a solid first game in the 230s with a different ball, I suffered two splits in the first five frames of the second game with the original ball and another before pulling out the ALL OUT SHOW OFF and rolling 17 straight strikes, which ended when I grabbed the heck out of a shot and split.

I have had more success on house shots since that event, but have not had a chance to use it on any Sport shots.

The ALL OUT SHOW OFF is stronger than the HUSTLEs I have thrown and weaker than the Storm INTENSE, which has an earlier and smoother motion.

I think the ALL OUT SHOW OFF can be a great benchmark ball for anyone who typically bowls on a medium to low amount of oil.

I would not recommend it for someone who regularly bowls on high volumes of oil, unless they are looking for something to use after the lanes have transitioned a lot.

It basically is everything I hoped the original SHOW OFF would have been with some shine.

You really can’t get much more ball for the price. 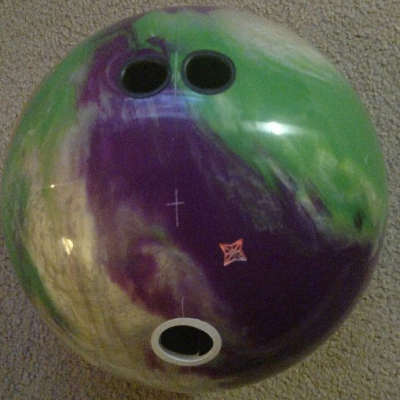 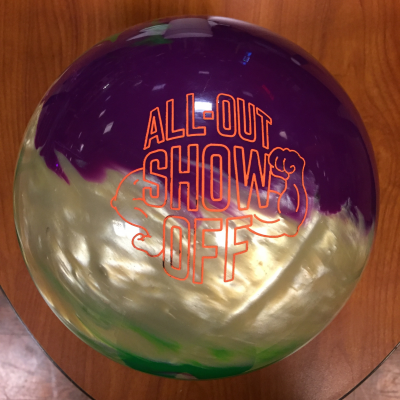 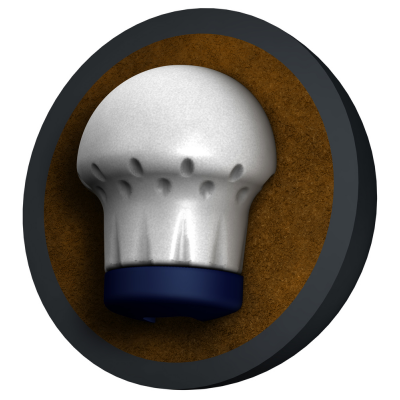