For years, I have been saying some version of this: “When is Storm or Roto Grip going to make a plain urethane with a big-flaring core?”

It just seemed so logical, especially as plain urethane has grown in popularity in recent years — and for more than short patterns.

While ultra-high rev guys might not need a big-flaring core — it might even be a negative for them — those of us with moderate revs sure could use it.

I have carried various plain urethanes through the years, most recently the PITCH BLUE and PITCH BLACK, which succeeded the NATURAL.

But it has been several years since I used a plain urethane for an extended period of time in competition. I believe it was a PBA Regional in the Kansas City suburb of Belton around a decade ago. It was on the Cheetah pattern, the lanes were hooking way too much for reactive resin to be easily controllable and I had a great look firing urethane off the edge.

(Plain urethane has been my choice for spares over polyester because polyester squirts so much on modern oils.)

One thing that has made it difficult for me in using plain urethane, especially as my rev rate has declined with age, is the higher viscosity of modern oils. That usually meant I had to take my plain urethanes down to 500 or 1,000 Abralon to have any chance of them not backing off in the oil. Unfortunately, that also meant they rolled early and burned up, hitting very weak with no down-lane motion.

As Roto Grip’s Chris Schlemer put it: “if you don't have the super high rev rate or can throw it Mach12 up the dirt, getting any urethane ball to hit is a struggle.”

Considering all of this, you can imagine how excited I was when I heard about the Roto Grip HOT CELL, which went on sale Friday, Sept. 15.

The Radioactive solid coverstock is surrounded by the asymmetrical Nucleus core from the CELL line.

I have only had the chance to use the HOT CELL twice so far, but it has shown me all I need to know to say unequivocally that it is a game changer.

I threw it a few shots in practice on a 44-foot Challenge pattern in a local tournament, and was surprised to see some downlane motion. I didn’t use it in the tournament because I had what I felt were better options, but the motion looked like it could have produced decent results.

My second effort was a practice session on the wet-dry house shot at Ten Pin Alley in the Madison suburb of Fitchburg, which I believe is using Kegel Fire oil on its Brunswick ProLane synthetics.

Normally, when I practice on Ten Pin’s house shot I struggle to hit the pocket consistently, with shots leaked wide often jumping high and shots pulled sometimes going light. It’s as maddening as house shots usually are these days.

The HOT CELL enabled me to stand on the “big dot” and throw at the “second triangle,” which is how I often kid my lefty friends when it comes to playing the lanes.

The HOT CELL rolled enough in the puddle to not squirt right and when I got it right, it didn’t immediately turn left and go high.

I felt like I was bowling on a nice blended lane pattern.

The cover is very strong and needs some oil — this is not a plain urethane ball for toasted conditions. A PITCH BLUE or PITCH BLACK would work better for a really dry condition.

In addition, the HOT CELL gave me motion down lane as I generated 4-5 inches of flare — a lot for a guy with a 3-operation wrist who is closer to 60 than 50.

The motion allowed me to carry mixers and even dig out a couple of 10-pins, something I almost never saw with plain urethanes in recent years.

As the oil carried down, I moved right and was able to enjoy the ball not jumping as I kept control of the pocket.

But the best part was when I actually moved left with my feet, and kept my eyes in the same area of the lane so I was opening up and swinging shots. I tried to roll the ball as strong as I could and had amazing reaction, with a controllable loop and a breakpoint of several boards. Even shots that I didn't get as far right as I wanted still rolled up to the pocket.

This literally is the first plain urethane ball for me in this century that I have been able to swing and get return!

I literally was stunned by how much room I had and how good my carry was: It truly was game-changing reaction and motion for me that has me thinking I may be using the HOT CELL quite often on house shots.

I will be adding to this review as I use my HOT CELL more, but wanted to get this review out with the release date being Sept. 15.

I chose a pin-down drilling for my HOT CELL basically as a flip of the coin over a pin-up. The pin is under my bridge and the mass bias is kicked to the right at about a 45-degree, angle although it’s not visible in the picture with this review (the pin, CG and mass bias are not in a line on my HOT CELL).

The only negative was something that is the nature of the beast with plain urethane: lots of oil on the exterior of the ball, leading to lots of oil on my microfiber towel and therefore slippery hands. And lane shine to the 1,000-grit box finish, something you can take care of after a competitive session is over with a Turbo sandbagger or Abralon pad.

The good news is I have found that after the initial lane shine, the HOT CELL has held its hook power and didn't continue to hook less and less. This will be key if you want to use it for several games in a tournament.

The HOT CELL is a must have in the arsenal of any tournament bowler and I think it's a great addition for even league bowlers who want a ball that’s easy to control on pesky wet-dry house shots.

I would predict that every ball company will be coming out with a high-flaring urethane. (I apologize if some already are on the market — I don’t pay much attention to anything but Storm or Roto since that is all I can throw and I simply don't have the time to spend on something that isn't relevant for me.)

Update: The HOT CELL performed great for me in a tournament on the 45-foot World Bowling Rome lane pattern, as I detailed in this report. 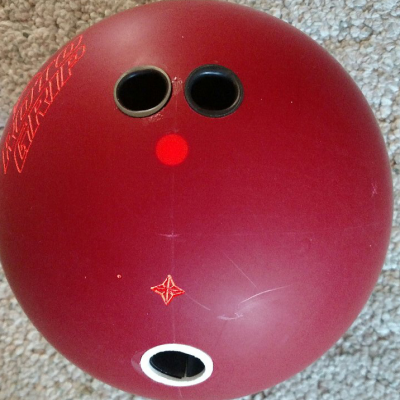 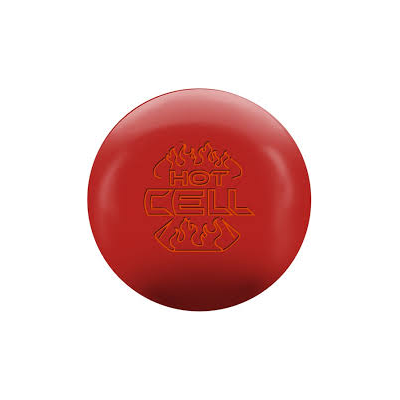