Everything I heard about the Roto Grip NO RULES was how much it hooked, with comparisons to the HYPER CELL, which was a ball I turned to when nothing else I had was enough.

When I transitioned from 15 to 14 pounds, the HYPER CELL had been discontinued and the Storm LOCK became my go-to ball when I needed maximum hook.

The problem for me with both of those asymmetric balls is that I could only use them on heavy oil and they were so dynamic I often had trouble controlling them with my moderate speed.

So I wasn’t totally excited about the NO RULES, expecting it would be another ball I’d use only rarely.

To try to smooth the reaction, I went with a pin under my bridge and CG kicked right at about a 60-degree angle.

With my PAP of 4 over and 5/8 up, the numbers on my NO RULES turned out 4 pin-PAP, 3 7/8 mass bias-PAP, and 3 3/4 pin buffer. It does have a decent size weight hole to make it static legal that I put on the mass bias in the hope that it also would smooth the reaction.

In a practice session on a wet-dry, hooking house shot I really couldn’t get much of a read on it, as even the 2,000-grit box finish was just too much.

My first chance to use it in competition was in the PBA50 Tour stop at Pro Bowl West in Fort Wayne, Indiana, where the 42-foot PBA Standard pattern played fairly tight.

I took my NO RULES down to 1,000-Abralon by hand. The NO RULES rolled very smooth in the first round — not at all like the HYPER CELL or LOCK – but was too early, burning up too much energy and leaving weak 10-pins.

My better options got me 1,781 in the first round and a tie for ninth.

But I saw motion in the NO RULES that intrigued me if I could get it to retain more energy. Before the second round, I hit it with a 4,000-Abralon pad and some Storm Reacta Shine on a spinner.

The result was exactly what I was looking for, as I opened with a 258 playing fairly direct up around 10-board and went on to have a decent round that got me a bye into match play round one.

I stayed with the NO RULES all day, although I did try a Storm ROCKET SHIP for a few shots. The NO RULES smoothed out my reaction best and rolled very well, even as I moved in to around 20-board at the arrows.

The NO RULES was strong, but smooth and easy to control – the opposite of the HYPER CELL and LOCK, which always seemed like they were revving up and trying to start hooking before I even let them go … and would go sideways when they started to hook.

I had another chance to use the NO RULES at the GIBA 11thFrame.com Open the last weekend of August.

We bowled on the 2015 U.S. Open pattern and it played very tight with some hook from outside 5-board going very direct.

I took my NO RULES down to 500-Abralon by hand and can guarantee that without it I would not have snuck into the cut to the top 48.

It got into a roll and rolled strong and smooth with no sharp change of direction that spelled doom on the difficult pattern.

The NO RULES has both a new solid coverstock called Micro DNA and a new core called Chaotic.

But I would call the NO RULES anything but chaotic, especially for an asymmetric. I would say it has about as much hook potential as any Storm or Roto Grip ball, but love the smoothness and controllability of its power.

But put some polish on the NO RULES and you can use it on medium oil as well as heavy oil, although I wouldn’t even try it on light oil — there are balls designed for that.

I would recommend the NO RULES for anyone looking for a strong ball, especially those who have trouble controlling many strong balls.

This is going to be one of those balls that I drill multiples of and order one to keep in the basement when it is discontinued some day.

In other words: Get yourself one! 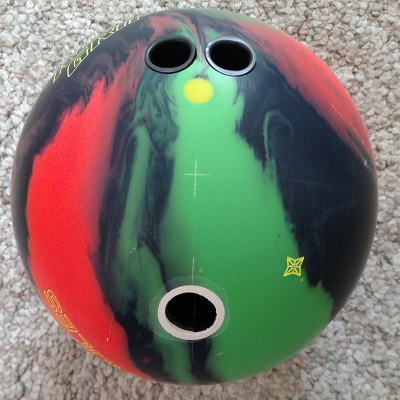 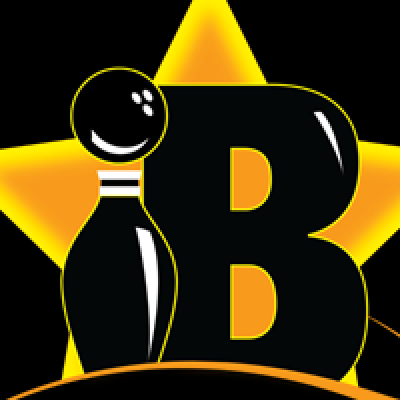 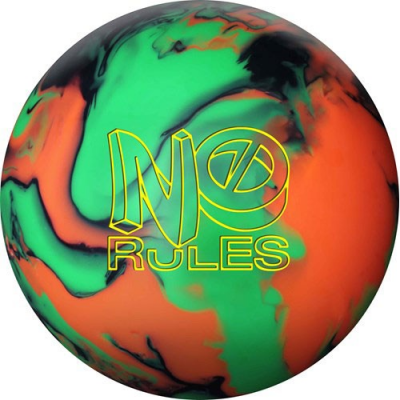 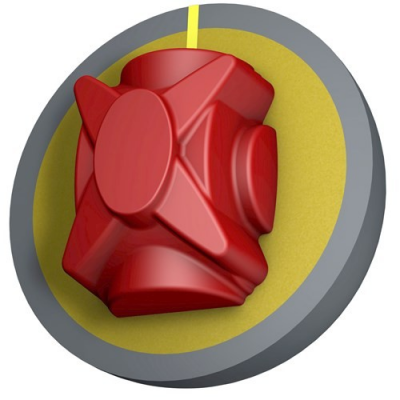