The REIGN OF POWER specs are here:

I was somewhat leery of the REIGN OF POWER because I struggled so much with the REIGN OF FIRE and they have the same C.A.M. core.

I loved the REIGN, which I shot my career high series of 867 with in winning a tournament, and the REIGN SUPREME remains one of my all-time favorites — a shiny, high-pin REIGN SUPREME still in my arsenal for hooking conditions.

But the REIGN OF FIRE was a poor match for my moderate speed (17-18 mph) and rev rate (300-325) — I always felt like I needed to get my feet too far left when using it and it always seemed to be going too sharp through the pins.

But with a different coverstock on the REIGN OF POWER (PFT) instead of the REIGN OF FIRE's R2S Solid, I hoped for a better match with the core.

And let me tell you the difference between the ROP and ROF can hardly be exaggerated, as the REIGN OF POWER I drilled is one of the smoothest balls I've ever thrown.

Yet the most notable thing about it is how little my ROP flares — probably about 1 1/2 inches, although the spec sheets says the flare potential is 4 to 5 inches. I'm far from a big hand guy but I usually come close to the flare potential of balls so this perplexes me.

I used it on the Team USA Montreal pattern, a 41-foot Sport pattern with very high oil volume of 27.5 mL, and practiced with it on two house shots.

My ROP rolls early and smooth, with no sharp breakpoint move, and it was great the first game onMontrealas I blogged here — it gave me control playing an outside line onMontrealthat my other heavy oil balls didn't.

My first practice effort was on a fresh house shot at Ten Pin Alley, aBrunswicksynthetics house that opened in 2003. The house shot there is very wet/dry.

My ROP smoothed out the over/under reaction and I had no problem hitting the pocket, but it was a ring 10-pin, 4-pin reaction. The roll was very good, it just wasn't right to carry.

I also threw it some practice balls at a tournament onBrunswicksynthetics with a heavier oil house shot. It struck a lot, but I ended up choosing a SYNC instead.

The motion and roll of the ROP reminds me of the SECOND DIMENSION.

If you're looking for a strong ball to tame down reaction on Sport shots or wet-dry house shots, especially those with fresh oil, I think the REIGN OF POWER would be a great choice. If you want a ball that makes a sharp move at the break point, the ROP is not it from what I've seen.

I don't intend to change the cover on my ROP because it fits perfectly in my arsenal as it is. 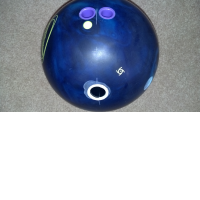 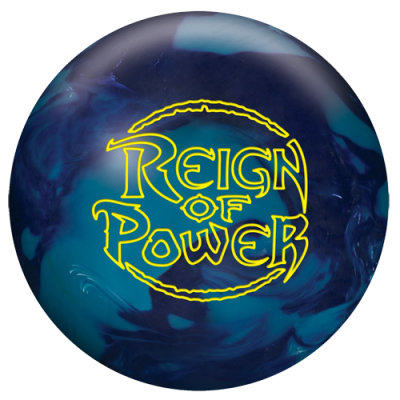 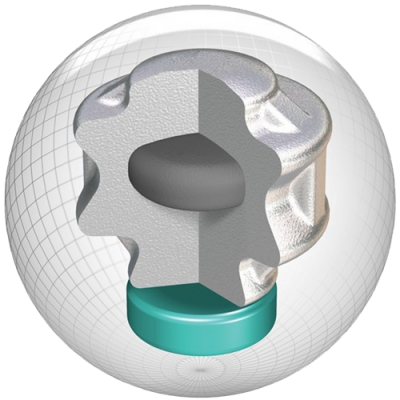