The SYNC technical data is here:

I loved my first SYNC so much that I drilled two more.

SYNC (very high pin drilling) - 4 1/2 Pin-PAP, x 5 1/2 Pin-PSA, x 1 1/2 pin buffer = very high pin, PSA down near thumb. This is a control drilling that Hank Boomershine gave me for an ANARCHY for the USBC Open Championships. I loved the roll of that ball but I just could not carry with it.

REVIEW UPDATE: I now have thrown all three SYNCs on both Sport and house shots and it is proving to be everything I said it was in my original review after small tests on a Sport and a house shot.

It starts up early and is strong, but it's also smooth and continuous.

The cover comes 4,000 Abralon but lane shines quickly. At 4,000, it labored some in heavy oil like the 27.5 mL, 41-foot Team USA Montreal pattern with my moderate rev rate (300-325). I experimented with a rougher surface of 1,500 using the Turbo sandbagger system and it picked up much earlier so it's a very tunable cover.

I think my pin-in-the-palm will end up being best for me with a smoother surface to tame down reaction on patterns like Cheetah and hooking house shots.  (I had a pin-in-the-palm FURIOUS that was a favorite of mine on Cheetah for years.)

The NANO copy at 1,500 worked great on a fresh, fairly heavy oil house shot in a tournament, but when the pattern transitioned after a couple of games it started losing energy a little early for my relatively slow speed (17-18 mph).

The very high pin SYNC at 1,500 somewhat surprisingly (considering my experience with that ANARCHY) has been the best performer for me. It got me a 279 game the last game in our league on Team USA Montreal, as I blogged here and it rolled excellent in the house shot tournament when I switched to it after the NANO copy started laboring some.

The one warning I would give people about the SYNC is that if you are a high-rev player you probably don't want to drill it to start up quick. I tried that with a young cranker friend and it "wouldn't hook" for him, although what it actually was doing was losing so much energy so quickly that it would make little movement in the back end. When he used rougher surface, it hooked "less," which is a key indicator. (He is plugging it and will change it to a high-pin drilling.)

I also have decided that the SYNC won't be retiring my trusty favorite NANO or VICTORY ROAD SOLID, since they are oil balls that give me much different motion. The NANO makes a quicker, sharper move at the breakpoint and the VR SOLID gets down the lane more and makes a curvier move on the back-end. But it has retired my LUCID, which has a similar motion without being as continuous through the pins.

Adding the SYNC and the new REIGN OF POWER to the NANO and VR SOLID I think gives me all the different motions I need for oily conditions.

ORIGINAL REVIEW: The one thing I think any bowler would love to have in their lineup is a fresh heavy oil ball that is early, smooth, strong and continuous.

Yes, I know that is a lot to ask of a bowling ball — early tends to quit and not be continuous, and smooth and strong don’t often go together. But a bowler can dream, can't he?

And maybe Storm has answered this bowler's dream with the new SYNC, which Storm recently sent out to a select group of testers that I was privileged enough to be in. They didn't include much information and asked for honest assessments of the ball, which is scheduled to be released to all staff and pro shops in mid-January and the public in early February. (I had to agree to put mine away until mid-January after testing it last week.)

The one ball I had that was closest to a fresh heavy oil ball that is early, smooth, strong and continuous was a VIRTUAL GRAVITY with a pin-in-the-palm drilling. The problem with that ball is that it was a little too early and a little too strong to be usable on more than fairly defined conditions. I often had to get too left and it went too early and left more than its share of flat 10s.

When I got my SYNC and it had a fairly short pin, I decided that it was time to give the drilling another shot. I figured if it worked, it would say a lot about the SYNC that a standard strong pin up or down drilling wouldn’t.

My first effort was on a fresh house shot at Ten Pin Alley, aBrunswicksynthetics house that opened in 2003. The house shot there is very wet/dry.

With as much restraint as I can muster, I must say that the SYNC’s reaction astounded me – and it takes a lot for a skeptical journalist to say that. After 4 frames to get somewhat loose I reeled off 13 strikes in a row  that were all pretty much flush with the last few shots intentionally moving my feet in and opening up my angle from the fairly direct shot up about 12-board that I started with. That just made the ball turn the corner and roar back to the pocket flush.

The SYCN was early, smooth, strong and continuous. I literally had a breakpoint maybe an arrow wide with the same result at the pins. In 20 or so shots I think I struck 18 times with one ring 10 and one flat 10.

I compared it first to my trusty pin-up strong VIRTUAL GRAVITY at 1,000 Abralon by hand with an old pad – the ball I used when we won the 2011 USBC Open Championships team event. That NANO was much more volatile, jumping off the breakpoint to sometimes go through the pins too hard or plaque. It struck but not near as much as the SYNC.

I love that NANO but it's one of those balls that is very touchy for me when it comes to carry. I often find myself seeing a flat 10/solid 9 reaction with it that has me switching to a smoother option.

I also compared the SYNC to a pin-in-the-palm TROPICAL HEAT PURPLE/BLACK at 2,000 Abralon by hand with an old pad. As expected, that ball was much weaker and I had to get my feet more to the right and go very direct to get it flush. I definitely did not have the room I had with the SYNC.

I tried the SYNC again after our Bullseye Masters league last week. We are bowling this round on Team USA Montreal, a fairly playable 41-foot, high volume Sport pattern. By the end of the night we had turned our pair into a wet/dry shot about 15-board.

During that night's league session, that NANO was the clear choice. It bucketed a couple of times in the last game-and-a-half on shots I got in and I also went high at least once. My last 2 games were 214 and 222. The overall reaction was good but the shot was touchy and my carry was mediocre.

The SYNC made the pattern read much less wet/dry. My first shot dove high off the dry, which didn't surprise me due to the difference between pin-in-the-palm and pin-over-fingers drillings. I had to move in 3-and-2 from where I was playing with the NANO. From there, I could get it in the oil and it would still roll up to the pocket and I could swing it and it wouldn’t totally over-react.

I only missed the pocket a couple of times in a dozen to 15 shots. I wasn’t striking like I was on the house shot — there were a couple of flat 10s and a weak 7 — but I definitely had a much better reaction than what I had with the NANO and could have shot some big scores, I believe.

On a scale of 1-5, I'd give it a preliminary 5 – with the caution that this was a tiny sample size and I need to see more of it before making any definitive conclusions. But I have been telling people I know who ask that they should wait to buy a strong ball until the SYNC comes out.

I would put it between the NANO and the LUCID, with the best characteristics of both balls. It's early and strong like the NANO but smoother like the LUCID and more continuous.

I plan to order a couple more when I can and am anticipating retiring my LUCID and perhaps my NANO. I am more excited about this ball than any ball Storm has released since the original VIRTUAL GRAVITY. 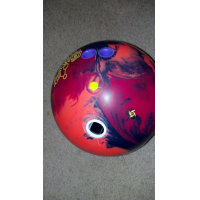 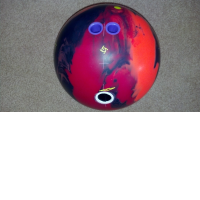 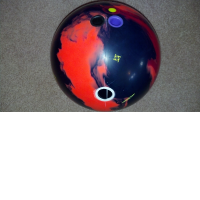 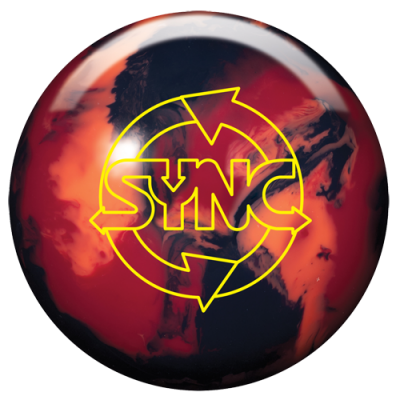 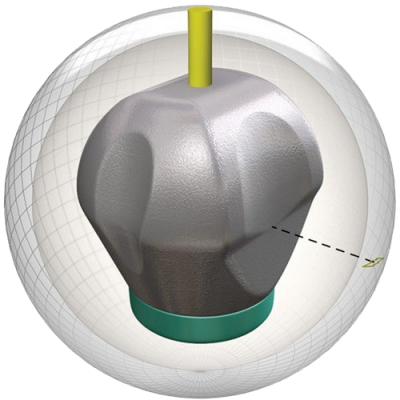